I had no intentions on playing this year’s dose of Call of Duty, which is kind of crazy considering how long I named COD as being one of my favourite video game franchises. Simply put, I’m Call of Duty’d out. But there’s no denying that Infinity Ward are a solid development studio, and after being let down by Battlefield 3’s mediocre campaign, I found myself with a craving for some top-shelf modern warfare goodness. I knew full well that MW3 would deliver, and it surely did.

The millions who flock to this franchise every November are in it for the multiplayer. There’s no doubt about that. I have dudes on my Xbox friends list who have no achievements in this or the other Modern Warfare games, as there simply are none awarded for multiplayer. I on the other hand, still favour a solid single player campaign over an endless game of “shoot that guy”. I did however, give online multiplayer a go. Mind you, I have my communication preference set to “friends only”, so it was mostly a pleasant experience. More on this later. 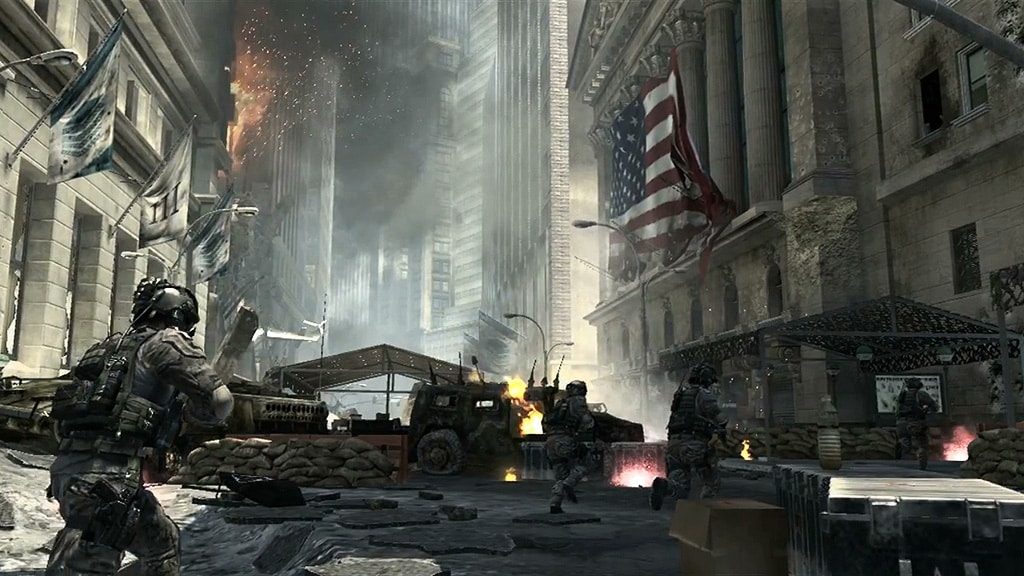 When you start the campaign, you’re quickly brought up to speed regarding the events of the first two games. It picks up mere minutes after MW2 left off, with Soap and Price near-death and Makaroz still at large. The battle on American soil rages on, with Russian battleships and submarines filling the New York harbour, and you’re immediately dropped in the middle of the action. The typical campaign formula is in tact, as you fill the boots of soldiers from different factions fighting in different theatres across the globe, simultaneously. By the end, many lives are lost, and a surprising amount of closure is given. I highly doubt we’ll see another game in the Modern Warfare series. How great would a sci-fi Call of Duty game developed by Infinity Ward be? YES PLEASE!

There’s a constant sense of urgency as you play through the campaign, even during some of the slower paced stealth missions with Price by your side. Nearly every chapter contains a highly scripted vehicle or weapon emplacement sequence, that I had a lot of fun with. They were pure chaos, with a ludicrous amount of explosions and near-misses that had me permanently perched on the edge of my couch. Overall, there’s a very clear sense that this war is happening on a grand scale. Where as, many similar games feel like you’re fighting with a handful of allies, against a handful of enemies, and there’s really nothing going on outside of field of vision. This is definitely not the case with MW3. I found myself often hanging back and watching the action unfold around me. There were many memorable moments through-out the campaign, and writing about it now makes me want to revisit the entire single player experience.

Once the credits roll finishes, you’re immediately pointed to Special Ops, which can be played solo or with a friend via split-screen or online co-op. Here, you find the typical timed training mission, along with a slew of other challenges. Some are variations of scenes taken from the campaign, while others are unique to this game mode. There’s a new mode within Special Ops called Survival, which is a wave-based mode, with no zombies. I had fun playing both challenges and Survival, but not enough to entice me to go back to them more than  a couple times. 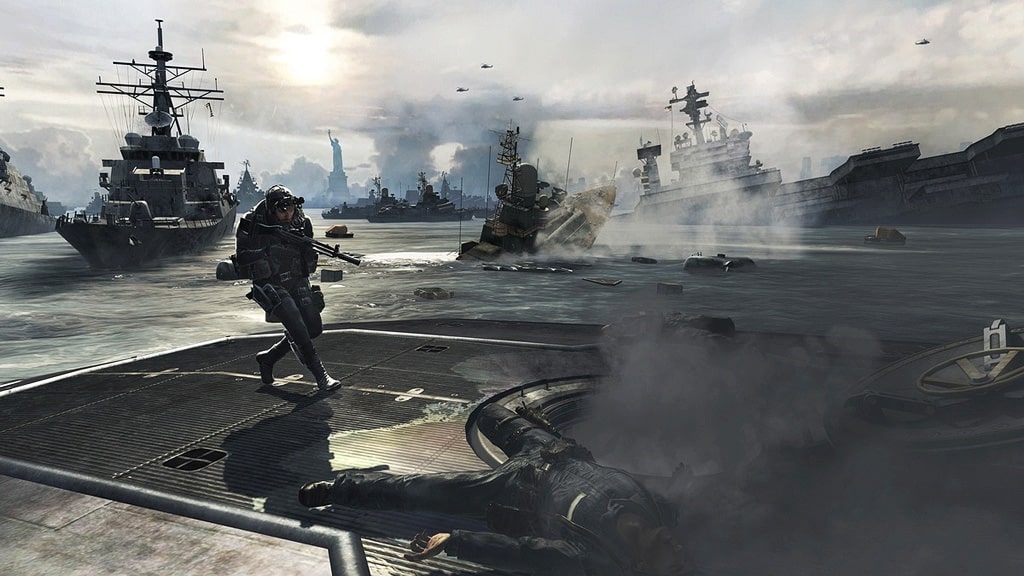 As I mentioned earlier, I’m not much for this style of multiplayer gaming. It got old years ago, and with only slight improvements since then, it quite simply doesn’t appeal to me any longer. I did however, play some straight-up multiplayer, and I didn’t hate it. It most definitely felt dated, and many of the visuals (specifically player cards that pop-up when you kill someone) made me want to gouge my eyes out, but overall I had fun for the short time I played. By like Special Ops, I’ve felt no urge to go back for more. Similar to how playing Battlefield 3 made me pick up this game, MW3’s multiplayer sparked an urge to play a great online shooter. I’ve since re-purchased Killzone 3 and have been thoroughly enjoying its multiplayer component.

All of this said, I can definitely see the draw in COD’s multiplayer. It’s quick and easy to pick up, yet super deep and expansive in the long run. The amount of unlockables pertaining to player and weapon upgrades is astounding! Clearly, Infinity Ward are aware that people live and breathe their game, and have given us enough to shoot for that you could likely play this game for months on end and not even come close to unlocking everything.

I’m glad I picked up MW3 when I did. I had a much better time with it than I expected, although it definitely feels like it’s time to move on. The game’s engine really needs an overhaul to bring it up to speed with other modern shooters, and something to shake that “been there, done that” feeling that now plagues the Call of Duty franchise. 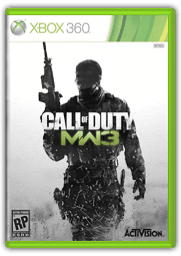