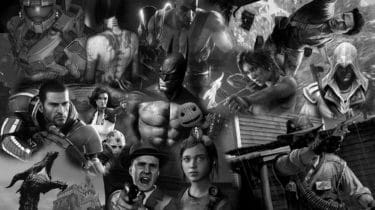 They aren't necessarily the best games, or the most impressive, but they're the games that I have the most fond memories of, and will likely stick with me over the years.

Need for Speed: Shift is the Bastard Child of Sim Racers

NFS: Shift is the best game the series has seen in recent years. But it's not quite as good as other games in the genre.

It seems that every few months a lower profile game comes along that knocks everyone back in their seat. DiRT is definitely one of those games. A combination of minimal promotion and a poorly timed release date (just 3 weeks after Forza 2) were no doubt factors that made DiRT slip past most people’s radars. […]

Forza 2 has Me by the Balls

Just as I knew it would – Forza 2 has a hold on me like only Forza game can. The original Forza Motorsport for Xbox was the first non-arcade racing game I played and right from the get-go I was fully hooked on it. Like most games of it’s genre, you spend your career collecting […]

Shortly after I decided to spend my Friday night getting myself ahead on some of the projects I’ve got on the go, an email landed in my inbox that changed everything. I saw a Growl notification out of the corner of my eye that read, “Subject: Halo 3 Beta – advance code & assets” and […]

I've been working from home for over a year and I haven't contracted any sort of illness since. When I worked at MuchMusic, it seemed like I would always catch whatever was going around the big, stinky city. I guess that's one of the bonuses of not coming into contact with too many humans on a day-to-day. On Wednesday I ventured out of the my office that I like to call "the cave" into the real world to rock the latest and greatest Xbox 360 titles at X'06 (the Canadian version). Somewhere between chainsawing dudes in Gears of War and trying to beat Andrew's lap time in Forza 2, I became infected.