Results for "call of duty"

Overall, I had some fun playing Black. I don't see myself playing through the entire game again. I've already played some of the levels through a second time, which was just as fun if not more with infinite ammo.

If you've come and gone a few times over the past couple weeks or taken a look at my changelog, you may have noticed various ads popping up in random spots across the site. I've been trying out some of the more popular affiliate programs from the likes of Google and Amazon. If you take a look around now, you won't see any of them. I simply cannot live with advertising on my site. I worked for a company whose soul purpose was to sell advertising. The ads out-weighed the content visually, there was every kind of intrusive/annoying ad you could think of and even ads disguised as content. Worst! I was thinking it would be nice to get some sort of financial return for all the time and effort I put into this site and thought some simple ads would do the trick. I sold myself on the idea by deciding to only display targeted ads specific to the content or subject matter.

Update (8.26.2004) A second content piece has been published. Written by co-worker, Justin Erdman based on notes taken by both of us. Update (8.23.2004) I wrote a ‘preview’ content piece for the Much website. You can check it out here! For the second year in a row, we were lucky enough to get an invite […]

I can hardly contain myself! In fact, I have to try and keep myself from getting too excited if I plan to do anything but gaming lately. Deanna’s long past the point of sick of hearing me talk about all the rad new games that are coming out over the next few months. So I’ll […]

Configuring Your Xbox 360 Controller For Windows

Destiny has had a firm grip on me since the alpha back in June, with no intentions on loosening.

The Battlefield franchise is one of my personal favourites, dating back to the first game in the series â€“ Battlefield 1942, which debuted on the PC back in 2002. I've played every release since, with the exception of BF2142, since I'm no longer into PC gaming. Naturally, I snagged Battlefield: Bad Company 2 on day-one, and have been playing it steady for the past couple weeks. The campaign has long since been completed, and the multiplayer end of the game has a firm grasp on my testicles.

Bungie Sends the Halo Franchise Out in Style with Halo: Reach

Halo: Reach is indeed a Halo game, through and through. If you loved the previous four games in the series (Halo 1, 2, 3, and ODST), you'll feel right at home with Reach. But if those previous games didn't do it for you, Reach likely doesn't do enough things differently to reel you in. That said, I've always been a fan of the series, and have quite enjoyed my time with Reach, for the most part. If this truly is Bungie's last Halo game, they've sent it out with style, and packed it with just about everything you could possibly want in a Halo game. Aside from the single player campaigns, there's really no reason to hang on to the previous games if you own Reach. If there was such thing as a greatest hits video game, this would be Halo's.

The Importance of Proper Cooling in a Gaming PC

Over the past couple weeks, I've barely played any games at all. I got back into F.E.A.R. and have almost finished it, but my system has not being running so hot lately - actually, it's been running very hot, which brings me to the topic of this post. Over the past year I've replaced just about every piece of hardware. I started with the motherboard and worked my way out. Most recently replacing my 266MHz memory with a pair of 512MB, 400MHz Corsair XMS ProSeries RAM. Since my CPU has a front side bus of 800MHz, I was looking forward to a pretty significant performance increase. Unfortunately, this wasn't the case at all. After installing the RAM, I noticed no increase at all. Still the same hiccups and lags remained. It was time to do some serious troubleshooting - having dropped so much cash on my machine over the past year, I wasn't ready to give up on it just yet. I knew there had to be a cause for the slowdowns and poor performance I'm seeing.

I couldn't have been more thrilled to reprise the role of Staff Sergeant Matt Baker of the 101st Airborne Division in Brothers in Arms: Hell's Highway. After all, it's been years since a truly great WWII shooter has graced the market. And while the genre has definitely been over-saturated, I'm always willing to make room for one more in my collection if it's of the stature of the Brothers in Arms series.

I Never Talked About Lost Planet

There were a few games I had planned to review, but after losing all my progress when I deleted my profile and having pretty much made the decision to ditch the formal reviews, I just never got around to them. Over the next week or so, I’m going to roll out a bunch of posts […]

Straight up, F.E.A.R. is one of the best games I have ever played. It's one of those games that comes along once or twice a year that just blows your mind, over and over and fully justifies the thousands of dollars you've spent on hardware to game on a PC. It's hard to find a starting point for this review as every aspect of the game is astounding. 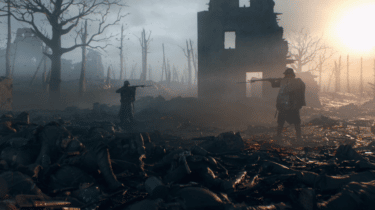 From its emotionally driven single player campaign, to its massive scale multiplayer battles. Battlefield 1 delivers on every front. 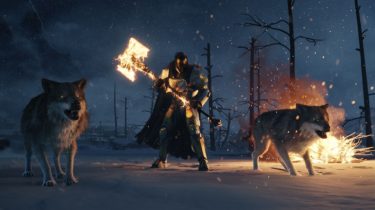 If you simply enjoy playing Destiny and want new things to strive for, Rise of Iron provides that. But if you're not a fan of Destiny due to its repetition, I'm afraid Rise of Iron only fuels those flames. 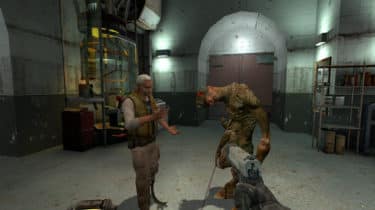 After posting my #7FaveGames and engaging with a few others about theirs, I started to recall some incredible moments with other games that aren't on my list.