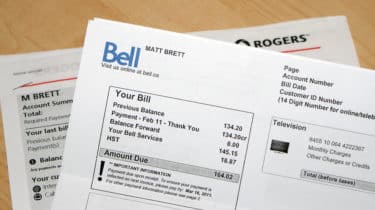 While I still have another 30 days of service, I already feel better knowing I won’t be shelling out a huge sum of money every month for a service that we can really do without.

While I haven't come up with the end-all-be-all solution, I've eased the process and expanded the reach.

Downloading TV Shows – There Has to Be an Easier Way

When it comes to watching television shows, a lot has changed over the years. For the most part, we’ve had a way of recording shows and watching them later. For a long time, a VCR was our best bet. Now we have PVRs, on demand channels, digital distribution services, and more manual avenues like downloading […]

Battlestar Galactica is the Best TV Series Ever

First of all, if you're snickering to yourself and about to leave an inflammatory comment, go and rent the first disc of season 1 (which is actually the miniseries) then come back and talk to me. Now that we've got that out of the way, how fucking incredible was this week's episode (3x04, Exodus Part 2)? I've watched up until the end of Season 2 with my wife at least 3 times in its entirety and we thought we had seen "the best episode" a few times already. Well, I do believe Exodus Part 2 takes that crown, at least for now. For those that haven't seen it or aren't up to speed in Season 3, there are serious spoilers ahead. You've been warned.