The Walking Dead: Episodes 1 and 2

I rarely give film or TV show adaptations the time of day, given their typical awfulness. But having heard good things about the first couple episodes of The Walking Dead, I decided to give this one a shot. My wife and I quite enjoy the TV series. It’s slower pace and focus on human drama is what we find most attractive, and of course, the frantic zombie scenes are quite good as well. Even though Telltale Games’ video game is based on the comics, it has a very similar vibe to AMC’s television series, while meshing the art style of the comics. 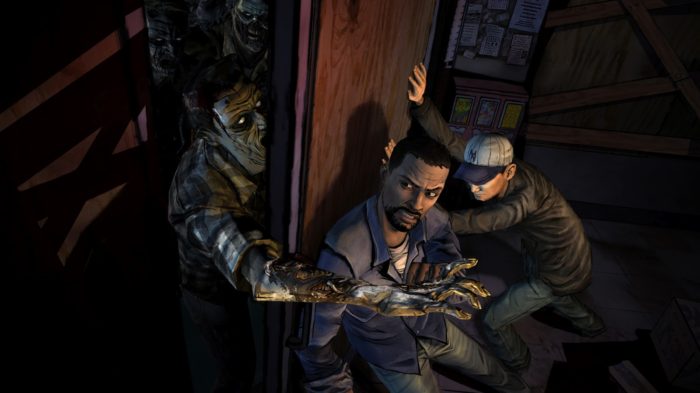 Honestly, I’ve never played a point-and-click adventure game, so I can’t say if The Walking Dead follows the standard formula for this type of game. There are essentially three types of gameplay here…

You assume the role of a dude named Lee, who has a criminal past that he tries to keep under wraps. Given the nature of his crime and the press exposure it gained, he’s often recognized, which leads to some pretty tense moments. Early on, Lee takes an eight year-old girl under his wind, who becomes his sole responsibility through-out the game. Many tough decisions are made even more difficult when you factor the kid in. She may be watching your actions, or present when a life-altering decision is being made. You are even given the choice to use clean language or curse in front of her. 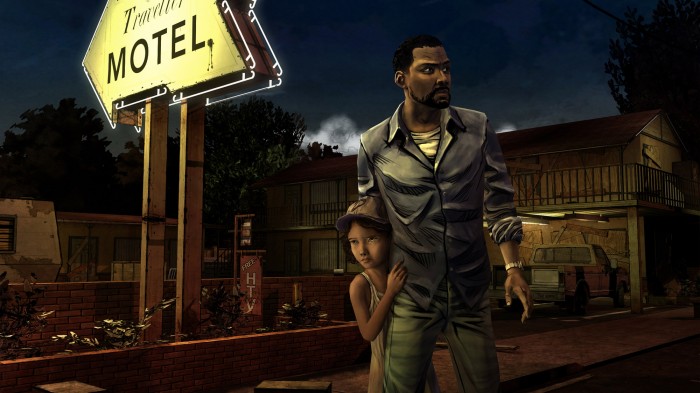 What makes The Walking Dead truly great, is that it’s a tailored experience based on your actions. Characters will often make reference to things you’ve told them, or decisions you’ve made. If you tell one person something, and another something different, their paths could cross and you find yourself in the crossfire. Being caught in a lie will cost you respect, just like in the real world. Often, after you’ve chosen a path to take, a visual cue will appear in the top-left corner of the screen, letting you know that your decision will influence the game later on.

One of the things I really love about The Walking Dead, is that zombies aren’t the only thing killing humans. Often, the uninfected can be even more deadly, and the video game also portrays this. Especially in episode 2; there is a strong emphasis on the danger surviving humans pose to the group, and how important it is to keep things locked down. 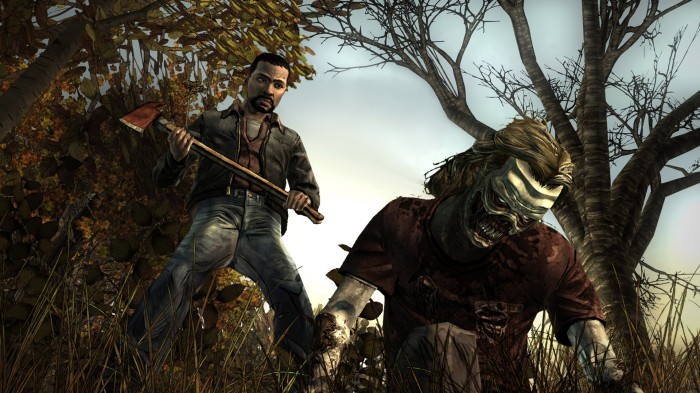 The art style is very similar to the comics, although it’s full colour. Voice acting is very well done, while lip-syncing leaves a lot to be desired. It’s actually the worst lip-syncing I’ve seen in years. After seeing how well this can be achieved by some of the big developers like Rockstar Games, it’s disappointing when you experience a game where a character’s dialogue doesn’t even come close to lining up with their mouth movements.

Episodes 1 and 2 of The Walking Dead are 400 points ($5) each, and provide 2-3 hours of gameplay each. While that may not seem like much, consider that all 5 episodes will end up costing you $25 for 10-15 hours of gameplay. I’ve played many full-priced retail games that provide half that time for $40 more.

Episodes 3 and 4 are slated for an August release, while the concluding episode is said to be coming out in September.