The Last of Us: Left Behind

With The Last of Us being one of the best games of the PlayStation 3 generation, I was eager to jump back into it with the first (and only) story-based DLC, Left Behind.

Set just weeks before the events of The Last of Us, Left Behind puts the player entirely in Ellie’s inexperienced shoes. We know from any promotional material for this DLC, that Left Behind features another young female; Ellie’s friend, Riley. The story starts off with Riley returning “home” after being away for a number of weeks. Ellie had feared her dead, and there’s some immediate awkwardness between the two of them, so it’s pretty clear that they had some sort of falling out before Riley left. The girls set out on their own, as Riley has a special place she wants Ellie to experience. Over the course of 2-3 hours, we learn what happened before Riley left, why the unsettling feeling between them, and spend some time watching these girls enjoy each other’s company and have fun as friends. 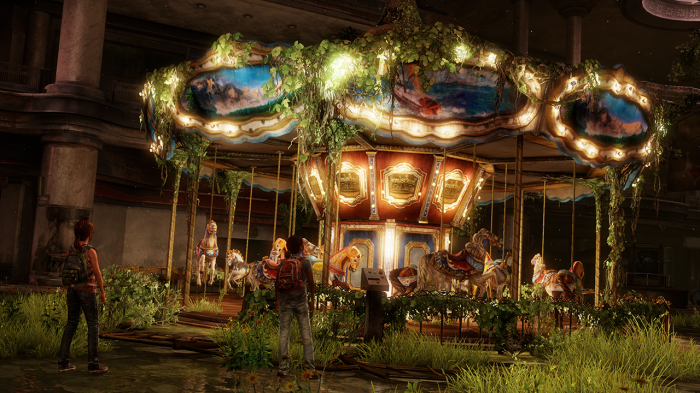 There are some beautifully scripted and acted scenes in Left Behind. A few in particular, where the girls are having so much fun together, it seems like they forget about the world around them, at least temporarily. To see Ellie so happy and full of life was pretty heartbreaking, since we know the events of The Last of Us are just around the corner. But at the same time, it was great to be able to see Ellie in a different light.

But it’s not all hand-holding and skipping. There are flash-forward scenes, to a point in The Last of Us where Joel is injured and Ellie is out looking for meds. This provides the action, and also fills a gap in the main story. So essentially, we’re playing as two versions of Ellie. The younger, inexperienced Ellie. And the post-Joel, hardened Ellie, who is fairly capable of taking care of herself. While she can wield a bow, guns, and a knife. Ellie needs to keep her distance from enemies, as she’s still a young girl. She can’t stand her ground in a melee fight with, well, anyone. Sneaking and firing from a distance or great height are the only ways she can succeed in a battle. 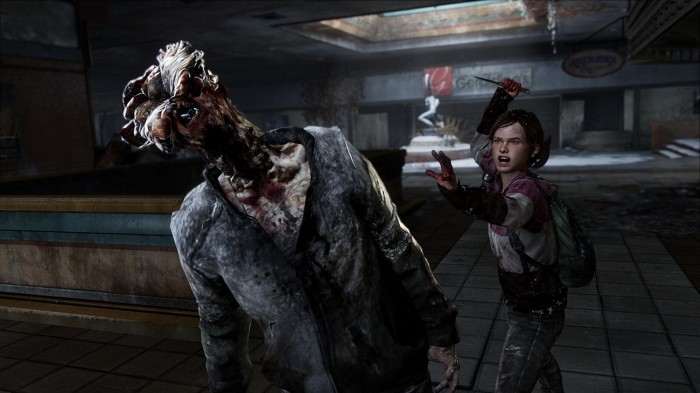 For the first time, the player is put in situations where we have to deal with infected and humans at the same time. Often, Ellie ends up entering an area where neither are aware of the other’s presence. Which gives us a chance to decide how things will play out. In one case, I was able to clear a room by simply throwing a bottle. It’s a shame Naughty Dog didn’t think of this sooner, as I quite enjoyed these scenarios and would have loved more time with them in The Last of Us.

There’s only really one down-side to Left Behind, and that’s the price. While it’s top notch content, it’s still tough to justify $15 for 2-3 hours of gameplay. Not that that would have stopped me from buying it, had I known how short it was prior to downloading. But I suspect some people might want a little more bang for their buck.

If you played and enjoyed The Last of Us, there’s no doubt in my mind that you should experience Left Behind. For those that like to stretch their dollars, you’ll probably want to hold off until it’s on sale or the price is reduced. I enjoyed Left Behind immensely, and it’s made me want to revisit The Last of Us for another play-through. I agree with you, it’s a great DLC but price is a little high for its length. I played it on Hard (because I read it was a little short) and it took me 3.5 hours. Still, this DLC made me remember how good of a game TLOU is, and how great of a developer ND is.

Played it on hard, eh? I thought about doing that, but glad I didn’t. There were a few pretty tough scenes, even on normal.