Nintendo has done it again. And by “it”, I mean they’ve managed to convince me to buy yet another console strictly for playing Super Mario games. While I felt like a total sucker as I walked through the front door with the Wii U and a copy of Super Mario 3D World tucked under my arm, after just a few minutes of hands on time, that feeling of being duped quickly started to diminish. 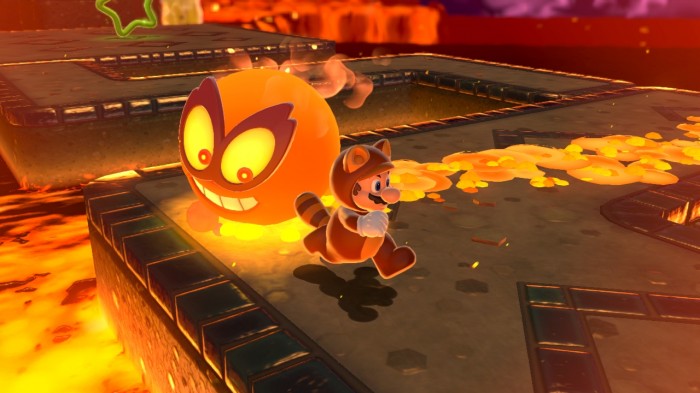 From a technical standpoint, the Wii U belongs in the previous generation of game consoles, along with PS3 and Xbox 360. But since this is Mario and the gang’s first true HD outing, Super Mario 3D World feels more like a next-gen game, as it renders the world and its characters more beautifully than ever before. At one point, I actually made a comment to my wife regarding the lighting in a certain level, and that’s when I realized that Nintendo really has stepped things up with the Wii U.

Unlike most other Mario games, you have the opportunity to play as whichever character you’d like, and even switch at the beginning of each level. Mario, Luigi, Princess Peach, and Toad all use the standard dash, jump, butt-stomp maneuvers to get through each level, but each character feels a little different. Luigi still has his sill high jump where his feet flap like crazy, and Peach can float for a second with each jump, which makes reaching the top of the flag pole quite a bit easier. 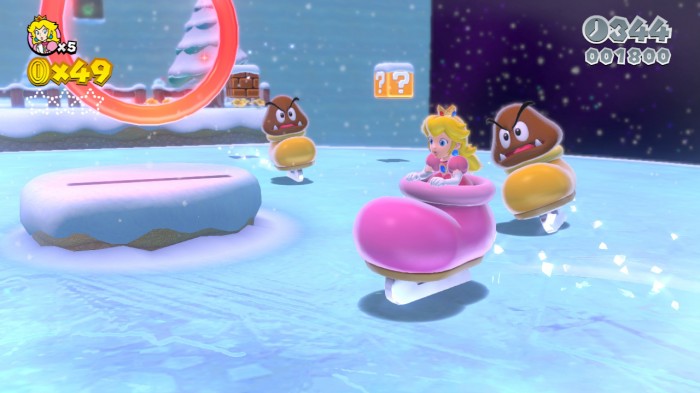 The maps look great, and can be freely explored for the first time. Players are no longer restricted to the main paths, and there are some nice secret areas to be found for those who take the time to explore. My favourite, is a golden train filled with stacks of coins, which will net you a quick dozen or so extra lives.

There’s an absolutely insane amount of content here, and replay value up the wall. Each level has you searching for 3 green stars, and a stamp for your collection, and for once, hitting the top of the flagpole actually counts for more than just points; it’s represented on the map which character finished the level and if the top was reached. As you would expect, there are 8 worlds to explore, each with a different visual theme. Unlike previous games, levels in each world aren’t bound to that theme, and the variation between levels is huge. Once Bowser has been defeated, there are still dozens of new levels to complete, which are much more difficult than those found in the first 8 world, and will truly test your skill, and patience. 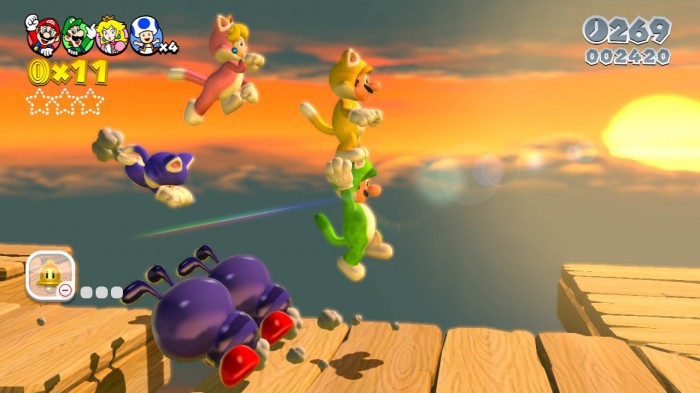 What’s a Mario game without awesome power-ups and silly suits? New to the game, are the Cat Suit and Boomerang Suit. And of course, plenty of old favourites have returned; Fire Flower, Mega Mushroom, and Tanooki Suit. The Cat Suit is the clear focus in this game, and for good reason. Not only are the characters ridiculously cute while wearing it, but it features an effective swipe attack, and the player can scale walls to reach new heights and find hidden areas and stars. Even some of the enemies have been turned into cats, which is super weird, but hey, whatever.

Super Mario 3D World can be played co-op, with up to 4 players, and features drop-in, drop-out. If you’re going for completion, co-op isn’t the way to play, as other players can hamper your experience, without purposely trying to do so. With so much emphasis on precision jumps and quick reactions, it can be quite challenging getting through a level with 3 other players. But at the same time, playing co-op can be a blast if everyone is just playing to have fun. At the end of each level, the score is tallied up and the player with the highest score is awarded a crown, which they wear in the next level. So there’s a nice bit of added incentive for playing well and snatching up all of the coins. To add to the mayhem, the crown can be knocked off, and picked up by other players. 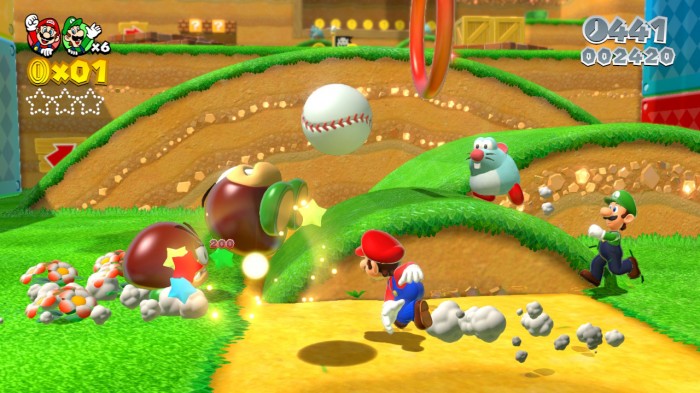 I really don’t have many negative things to say about Super Mario 3D World. The only thing that really bothered me, was missing simply jumps due to the 3D landscape, but that’s totally understandable, and after a while you get in the habit of tracking your shadow carefully.

Super Mario 3D World isn’t just another jaunt down a road paved with nostalgia. It’s an extremely fun and addictive modern platformer, bursting at the seams with charm, and absolutely loaded with content. This is the system seller the Wii U has needed since its release, over a year ago.