There are a handful of video game franchises that I hold dear; Max Payne being one of the few on that short list. I still recall how my stomach sank as I played through the scene where Max discovers the dead bodies of his wife and child in the opening of the first game, and that was over 10 years ago. Without much effort, I can visualize some of the key comic book style cut-scenes from the second game. It’s funny how certain things really make an impact on a person. I suppose that’s saying something for the gritty nature and enthralling stories of Max Payne. 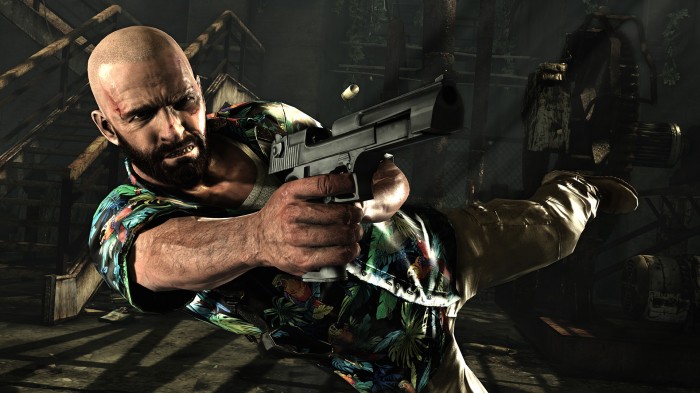 With nearly ten years between the second and third games, and a change of developer, I really wasn’t sure how Max Payne 3 would play out. Looking back now, I was foolish to have had any doubt, considering Rockstar Games are now at the helm. Delivering a memorable story, and making extreme violence incredibly fun and satisfying are what I expect most from Rockstar. These expectations were fully met in Max Payne 3.

For those that aren’t familiar with the Max Payne franchise; Max is a sort of antihero. An ex-cop whose family was taken from him years ago, but is still completely consumed by their passing. He beats himself up over it, and every single other thing he’s done wrong over the years that cost people their lives. He drowns himself in alcohol, coupled with painkillers, and accompanied by cigarettes. Needless to say, he’s not a dude you would want to spend much time with. But on the other hand, he’s still a total bad ass mother______, who in the end just wants to do the right thing. Even if it means killing hundreds of people that stand in his way.

As you would assume, the story is very dark. Some scenes are even tough to watch, but at the same time, it’s nearly impossible to look away. You know, that whole train wreck effect. Things seem to always go from bad to worse for Max, and the task at hand is usually just the tip of the iceberg. 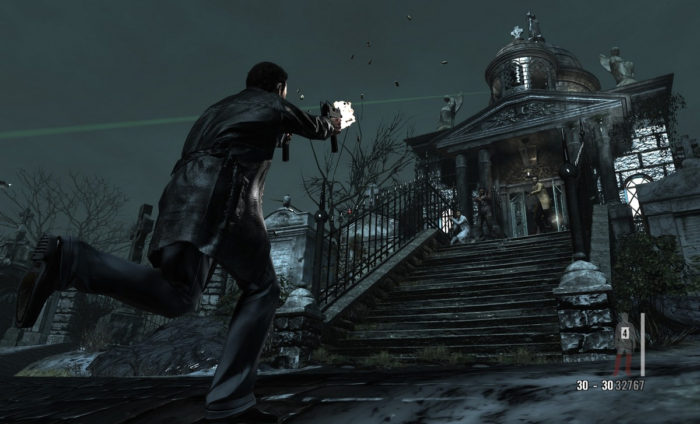 The story starts out with Max working as private security for a wealthy family in São Paulo, Brazil. As things go south, Max reflects on significant events from his (mostly recent) past which lead to his being in Brazil. These flashbacks are actually playable chapters, which provide an excellent change of scenery, and even go as far back as to show how Max ended up leaving New York in the first place.

Combat is quite different from most games, and still feels very much like a traditional Max Payne game. It’s played entirely in third person, with a tiny white dot for a crosshair floating in front of Max on screen. The crosshair changes to red when you’re targeting a hostile, and quickly flashes an “x” when you’ve executed them. The signature bullet-time is of course in tact, and hasn’t changed a bit. You can invoke bullet-time whenever you’d like, and there’s a meter on screen which shows how much time you have left to use. And then there’s the shoot-dodge, where Max leaps in the direction you’ve indicated, giving you a chance to out maneuver your enemies and take as many out before you hit the ground as possible. New to the game, is a cover system similar to what you find in most modern shooters. It’s a welcome addition, and can be paired beautifully with bullet-time. Another new feature, is what they call “last man standing”. And this is triggered when you had at least one painkiller left, and someone has landed a critical shot on you. You’re given the chance to send a bullet in the direction of your attacker, which if successful, means you’re the last man standing. Otherwise, if you miss the shot or can’t line it up in time, the other guy wins and you have to start at the last checkpoint.

I feel like I need to mention that Max Payne 3 can be quite difficult. I played on medium difficulty (the default), and there were a number of times I wasn’t sure if I was going to be able to get passed a certain spot. Thankfully, each time you die, you’re given a bit more health, extra ammo, and additional painkillers. So things get easier the more you die. I swear, there were a couple spots that took me over a dozen tries to get through, and I wasn’t sure if I would ever pass them. Perseverance (and a little help from the increasing inventory) prevailed.

There’s a multiplayer component to Max Payne 3, which I honestly have no interest in playing. My gaming time is so limited these days, that I’d rather not spend it listening to racist filth and/or having to deal with rage quitters.

Max Payne 3 is an exhilarating ride from start-to-finish. And despite development changing hands, it’s still very true to its predecessors. Those who enjoy excellent story telling and insane over-the-top action, definitely need to get their hands on Max Payne 3. But be warned, it is brutally violent, and some people will find it offensive. Fantastic review of Max Payne 3. I was pretty concerned if they could pull it off with the new direction, but it pulled me in and took me for a killer ride. I was delightfully surprised how good and entertaining it was. Read my review http://majamaki.com/2012/08/max-payne-3/