Leave it to Valve to create a game with no story, no character development, virtually no single player experience, but it’s averaging close to 90%. There isn’t much to Left 4 Dead, but that’s part of what makes it so great! If you’ve played a shooter before, you can jump right in and start blasting zombies while only a handful of hints will pop-up to make sure you’re on track. It’s simple nature makes it extremely accessible, and the 4 player online co-op couldn’t be more fun!

Not Much To It 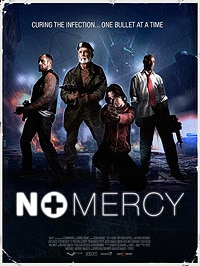 Left 4 Dead consists of 4 campaigns each with 5 chapters, which are essentially different scenarios with the same goal. You play as one of 4 survivors who need to escape the zombie filled city. There are safe houses along the way, which act as checkpoints that are packed with med kits, weapons, and ammo. They break up the action nicely and give you a chance to resupply, and let your heart rate slow down a bit. The final chapter in each campaign is pure chaos! There’s a final safe house where you call for rescue, which takes 5-10 minutes to arrive from the time you put out the call. During that time, you have to hold your ground against wave-upon-wave of zombie hordes. When your ride finally arrives, you make a desperate run it, which makes for some of the most intense moments in the game where you’re lucky to escape with all 4 survivors.

Zombies are generally in human form, but they’re really fucking fast! Think 28 Days Later, where you hear them, then see them running full tilt straight at you, from every direction. During the No Mercy campaign, there’s a hilarious bit of dialogue between the characters regarding the speed of the zombies.

Along with your typical zombies, there’s special zombies, each with their own unique abilities. Some of which are extremely difficult to take down if you don’t have all 4 survivors helping out. Each has their own telltale sign that builds suspense in an instant. And some can be bypassed all together, if you’re careful.

There are triggers through-out the game which alert the horde, sending an onslaught of zombies your way. Car alarms being one of them – you get a warning beep from an armed vehicle if you get too close. Or there might be an interior light flashing. Trigger that alarm, and you’re in for it! The game displays a nice little message placing blame on whoever alerts the horde, so you can pummel them if you happen to be sharing the couch, or just heckle them via your headset.

Yes, You Can Play As a Zombie!

To offset the co-op mode, is versus. Another take on survivors versus zombies, except it’s an 8 player game, where 4 players will assume the roles of special zombies. The roles change from chapter-to-chapter, as players exchange sides and are automatically assigned a character. It’s a very clever way keeping the games balanced and ensuring everyone gets a chance to play as each character.

My only complaints are the amount of content and the long term outlook. With only 4 campaigns, each weighing in at between and hour or 2, you’ll play through them pretty quickly. Granted, each play through will be completely different, there’s still not an abundance of content here. Having seen how Valve favors the PC platform over the consoles, I have a feeling we Xbox 360 gamers will be getting the shaft when it comes to updates and DLC. Fingers crossed that this isn’t the case.

Left 4 Dead has exceeded my expectations and is currently my pick for multiplayer game of the season. Even over Gears 2’s Horde, I’ve been having so much more fun playing Left 4 Dead with friends. 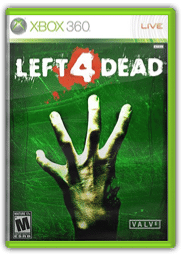 great game – I think the online vs. mode is actually better than the co-op. it’s amazing how well a tightly knit team can just grind through the level.. you have to get really sneaky with your tactics.

Probably one of the best online experiences I’ve had. Beats COD4, Battlefield 2, you name it.

I was really surprised to hear you say that the other day, and here you are again raving about Left 4 DeadÃ¢â‚¬â„¢s multiplayer goodness! It really is a hell of a lot of fun! Deanna and I have been playing quite a bit. We should all jump on one night.

In the end, all I want out of MP is intense but constant combat. Not just blowing each other up but fighting with a bit of strategy.

Left 4 Dead does this perfectly in multiplayer because you get to choose your spawn point as a zombie. It’s all so you can setup and co-ordinate traps.

Also when you are the surivors, you HAVE to work together because you essentially can get pinned.

While COD4 and others are fun, there are random dumb spawn points and there are so many awesome game elements that don’t get fully used.

Left 4 Dead does it perfectly, I hope other developers take notice and we get more games like this.

Left 4 Dead is the best MP experience I’ve ever had. It’s easy to pick up, rewarding, and soooo much fun!

The campaigns are very short but on the other hand very intense.

The only problem sometimes is to find 4 reasonable people to play, though I have to admit that most people ARE reasonable 😉

Just like @bpandrew said – beats everything so far, even the Horde Mode 🙂

Glad you ended up picking it up! Even more fun than Lips, right? 😉

We’ll have to play soon!

And yeah, we have to get BPAndrew and play some rounds 😉

So, I’m not wrong in saying that you can’t play this as a solo game? The computer won’t play as your other 3 characters?

Actually, you would be wrong. 😛 Although, I didn’t make it entirely clear. You can indeed play single player, and the 3 other teammates are AI controller. You can also do a local split-screen co-op campaign where the extra 2 teammates are AI.

But it’s a lot more fun playing with friends than by yourself. The AI saves and revives you really quickly. There’s almost not even enough time to start panicking. Where as, when you play with friends, you’re freaking out when you get grabbed or incapacitated and need help. Lots of yelling and swearing takes place.

I don’t have any brothers/sisters….nor do I have a huge group of friends who play online, so the reality is that this game might not be my best choice, regardless of how much I love killing zombies.

I had liked the sound of Left4Dead ever since it had been announced, yet I had heard quite a lot of chatter recently that it wasn’t any good.

So I’m glad to hear that it is indeed awesome! Now I just wish they’d do a PS3 port.

If you look at the user review scores across the internets, they’re low. It seems some people feel burned by the short campaigns and simplistic gameplay and give it a score of 10%-30%. I saw quite a lot of that on Metacritic, which is totally unfair. There aren’t many games that deserve a score that low, and Left 4 Dead is definitely not one of them.

The same sort of thing happened with Spore. People were pissed about the DRM, so they gave it a super low review score. It’s currently sitting at 1.5/5 on Amazon, which is totally fucking ridiculous.

I see a lot of this on the iTunes App Store as well. Usually on apps that have short or no demo versions, or are considered to be priced too high.

I guarantee, if that kind of thing keeps up, we (users) are going to lose the privilege to review products all together.

Got a lovely free copy of Left4Dead yesterday and I can safely say it’s brilliant, easily the most fun I have had playing on xbox live in recent memory (and that’s saying something considering Gears of War 2 only came out a matter of weeks ago).

I did however get a couple of douchebags join my game that just run off and left everyone to die. You need to make sure you have at least one person on your team that you know you can trust. Altogether an ace game (:

WANTED, reasonable left4Dead players that don’t mind me screaming down the mic when a wave of zombies attack please add. gamertag: Mr Cheeese

Indeed, it wouldn’t be much fun for anyone if you don’t work together. With people getting incapacitated and taken down so often, you wouldn’t get too far otherwise.

I’m yet to play any public matches of L4D, but experienced a similar situation while playing COD: World at War last night. I was in a co-op match with 3 other dudes, but this one dude kept running ahead and getting killed. We were constantly reviving him. It got to the point where we just said, "fuck it, let him die." Then we were all forced to restart at the last checkpoint. Problem being, we had all joined his game, so we weren’t able to boot him. Stuck it out until the end of the level then bailed.

Just had an amazing round with a great team in Dead Air on Advanced. After 5 tried on the finale, we finally made some good progress and just had one tank to kill before the escape. As soon as we go to attack the tank, two hunters and a smoker all pounce at once. Each one kills one of us easily with the paltry remaining life we have left, so the survivor is left to run around in circles until the tank runs through the fire enough to pass out.

Next, a mad dash to the plane, a pipe bomb chucked in a random direction, and the last man standing leaps onto the back of the plane covered in boomer bile with less than 10% of his life left.

And this kind of stuff happens ALL THE TIME. That’s why I love this game.

I remember watching an interview with the Halo devs when they talked about their game design philosophy of distilling gameplay to 30 seconds of pure fun and just repeating that over and over. L4D NAILS that. When you crank of the difficulty you’re constantly on edge, surviving wave after wave of zombies, but none of them are EVER the same due to the killer AI Director, so it never gets old. You have no idea what to expect, except that you’ll be expending LOTS of bullets.

Great recap! I’ve had several similar experiences, but like you said… never the same, which is part of what makes it so great!

You can never really known what to expect, and a tactic that worked last time, might not work this time.

I need a group of friends to actually purchase this game so I can get to blasting, I’ve had it since release and haven’t even played it due to this reason!

Not sure if I have you on my list. If not, send me an invite (PlainBlack) and let me know who you are, if it’s not obvious by your profile info. I’ve had at least one person on my list playing L4D since its release. Usually play a few rounds each week myself – mostly on the weekend.

Great game. Enjoyed playing it with my little brother (who is suprisingly good at headshots).

in total agreement on left 4 dead.

do you play on console or pc, though?

im curious to hear someone’s thoughts on a console version of the game.