Having played all of the previous games in the series, Gears of War 4 feels like a homecoming of sorts. But that’s not to say that newcomers aren’t going to enjoy it just as much as veterans. It just packs a little something extra for those that have been through hell and back with Delta squad.

Gears of War 4 takes place 25 years after the events of Gears 3. The Locust and Lambent threads have been eradicated, the COG have declared martial law and have built walled cities to protect the last remaining humans on the planet Sera. Naturally, there are groups of humans who don’t want to live under martial law who are known as the Outsiders. You play the role of J.D. Fenix, son of Marcus Fenix and Anya from the original series. J.D. is an Outsider and former COG, and quickly finds himself in a mess of trouble when a raid on a COG city goes sideways. Reluctantly, he returns home to call on dear old dad, and things go from bad to worse. 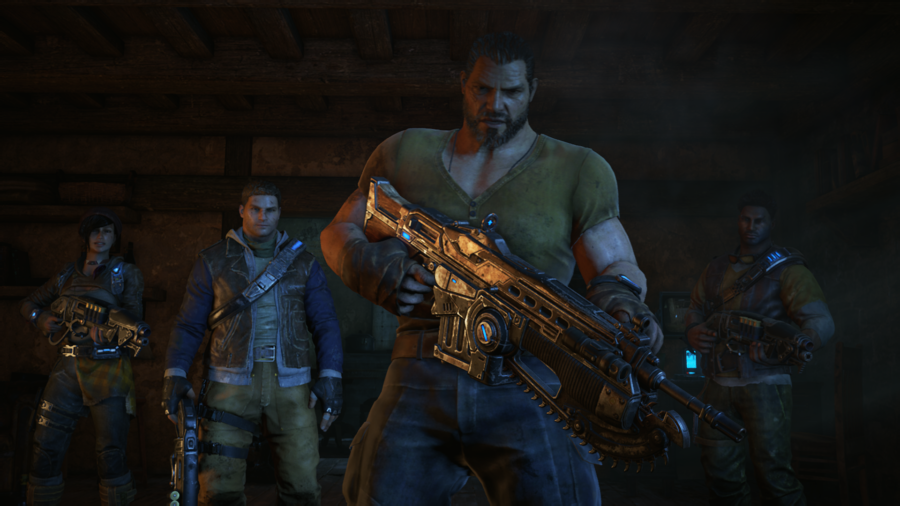 Enemies are far more varied in Gears 4 than any other game in the series. Instead of fighting monsters for hours on end, we now have robots to worry about. The COG have built a robot army, which they refer to as DeeBees. They were originally intended to be civil servants, but surprise, they’re now authorized to use lethal force, and J.D. and company are the bad guys.

The campaign runs about 8 hours in length, and is quite the ride. There’s a brief prologue which throws you into a couple significant events that have been mentioned in previous games, that give you a taste of the old Gears action. Then when you assume the role of J.D. and start playing in the present, it shifts gears entirely. Things slow down as you’re introduced to the new characters and brought up to speed with the events of the past 25 years. While some of the main plot points are fairly predictable, there are some nice curve balls that shake things up.

One of the coolest things about Gears 4 is the weather effects. The countermeasure deployed at the end of Gears 3 pretty much fucked the environment and there are now these Windflares, which are basically tornados with insane lightning that creeps across the ground. They provide some super intense situations, as you try and reach cover but are forced into a firefight. The intense wind actually affects slower firing weapons and projectiles. Grenades can actually end up coming right back to you if you’re not careful. 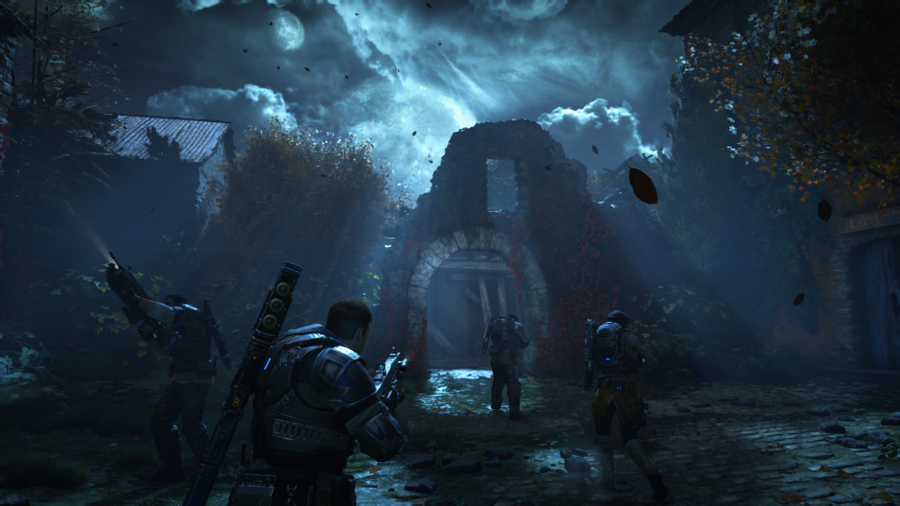 There are many parallels to the original story that will give fans of Gears warm fuzzy feelings, as well as several references and one-liners. I smiled ear-to-ear the first time J.D. said, “Nothing but parts!” after destroying a DeeBee robot, which is a nod to one of Marcus’ catchphrases, “Nothing but bits.”

While not as ground breaking as the original, Gears 4 is pretty remarkable in the graphics department. From atmospheric lighting, to the characters themselves, everything appears to be carefully crafted and highly detailed. I’m pretty sure my jaw was on the floor during every close-up.

At the time of writing, I haven’t spent much time with the various multiplayer modes or Horde, but I have played them briefly. Horde has evolved nicely since Gears 3. You now have a portable “Fabricator” for building fortifications and weapons between rounds, so you can setup shop wherever you’d like. Enemies drop “coins” which give you credits to spend in the Fabricator.

I’ve always found team deathmatch to be egde-of-your-seat thrilling in Gears, and Gears 4 is no exception. Even though it’s generally slower paced than most other multiplayer games, it’s intense in a way that few others are. For the most part, it’s close range combat where shotguns rule, and you have to be quick and nimble. One close range shot, and you’re a pile of bits on the floor. Each team has a limited amount of lives, so you really feel like you’re letting your team down when you get taken out. 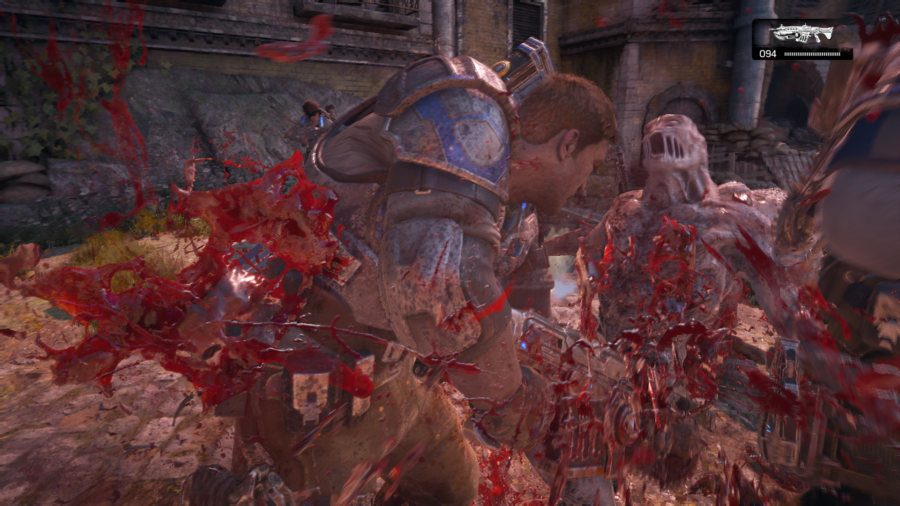 Overall, Gears of War 4 is an excellent game. The single player campaign is fun and sets a decent starting point for a new story with Marcus’ son J.D. at the centre. And Horde and multiplayer give you something to come back to for months on end. Not to mention, all game modes can be played split-screen, which is great is you have a buddy or significant other you like to play with.