Battlefield 1 is the Battlefield game I’ve been wanting all these years. From its emotionally driven single player campaign, to its massive scale multiplayer battles. Battlefield 1 delivers on every front.

Since the first trailer was released, Battlefield 1 has been at the top of my most anticipated list. But given the franchise’s track record, I had my reservations. Battlefield games typically have weak single player experiences, and at least during the first month or so, multiplayer is unstable and often unplayable. I’m thrilled to report that Battlefield 1 has broken these cycles, and stands above all other shooters to come out in 2016. It’s absolutely fantastic! 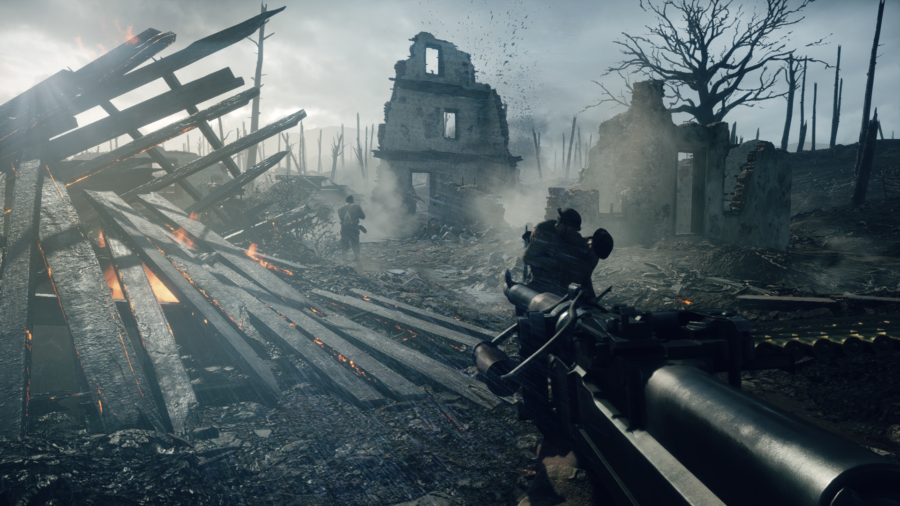 After a brief yet punishing prologue, you’re dropped on a map screen where you can choose one of five war stories to play through. Instead of assuming the role of a single character and seeing World War 1 through their eyes, each war story brings you to a different theatre of war, each with its own unique angle. Best of all, you can play them in whatever order you like. I jumped right into the pilot seat and did the aerial story first, which ended up being my least favourite of the bunch. While each war story has its own direction, you aren’t stuck doing the same thing for several missions. They’re quite diverse in terms of objectives, how you achieve said objectives, and the arsenal at your disposal.

Battlefield 1 is all about choice. You decide how you want to play the game, as opposed to being lead through a scripted campaign. Each mission is littered with tents containing weapons and ammo. The arsenal varies, allowing you to decide how you want to approach the situation in front of you. If you like to go in guns blazing and blow as much shit up as possible, go right ahead. The game encourages it. But if you prefer a more methodical approach where you carefully pick off enemies one-by-one, you can do that too. There’s no right way to play Battlefield 1, which gives its single player campaign a tremendous amount of replay-ability.

Given Battlefield 1’s first world war setting, the weapon load is unlike anything we’ve seen in a Battlefield game. Overall, everything is slower and more cumbersome. LMGs take forever to reload, so you want to be sure you are nearly empty and have plenty of cover when you pop that clip. There’s only a small handful of guns with long-range scopes. Most of the rifles in the sniper class are capable of long-range, but don’t have a scope, giving those headshots a much greater sense of satisfaction. Melee weapons range from a variety of knives, to a trench shovel, to blunt clubs and spiked batons. The latter resulting in some absolutely brutal executions. And of course, given the hand-to-hand and close proximity of many of the battles in WWI, many weapons had bayonets. Charging at any enemy and impaling him is immensely satisfying, but you have to be careful when you click and hold that right-stick, as your soldier starts yelling as he charges, giving away his position to anyone in earshot. 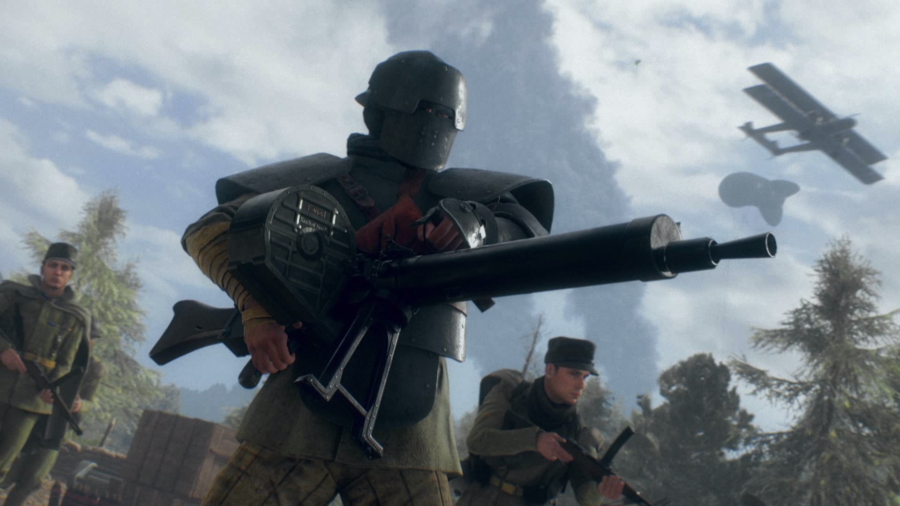 Where Battlefield games truly shine, is in their online multiplayer modes. Large scale battles, dozens of players, air and ground vehicles — it’s pure chaos, and it’s wonderful. Battlefield 1 is bigger than ever, supporting up to 64 players. With the action always focused on objectives, it’s rare that you find yourself stumbling around unsure what to do. Battlefield 1 encourages you to squad-up before a match begins, and if your squad leader is doing his job, he’s issuing orders the entire game. “Capture that objective“, “defend this objective“, etc. For every squad order you follow and complete, you’re awarded points which go towards your individual player score. Battlefield games have never been about your kill/death ratio, and that couldn’t be more obvious in Battlefield 1. I’ve landed near the top of the scoreboard with very few kills, and my score was almost entirely made up of objective points.

Aside from the standard Battlefield game modes; conquest and rush, there’s a new mode called operations which strings several battles together to bring a campaign-like experience to multiplayer. In operations, you’re either trying to advance the front-line by capturing objectives, or you’re tasked with defending. A well balanced game of operations can last over an hour.

My favourite thing about Battlefield games, is how diverse they are, and while the campaign gives you plenty of freedom, you can really branch out and do your own thing online. Grab an assault rifle and anti-tank grenades and storm objectives. Or hang back and defend your allies and objectives with a sniper rifle. Or follow your squad into battle as a medic and heal/revive your allies. Or sit on the outskirts of a battle and rain down death and destruction with mortars while playing the support class. And of course, there are several land and air vehicles at your disposal. Hell, you can even ride into battle on horseback. 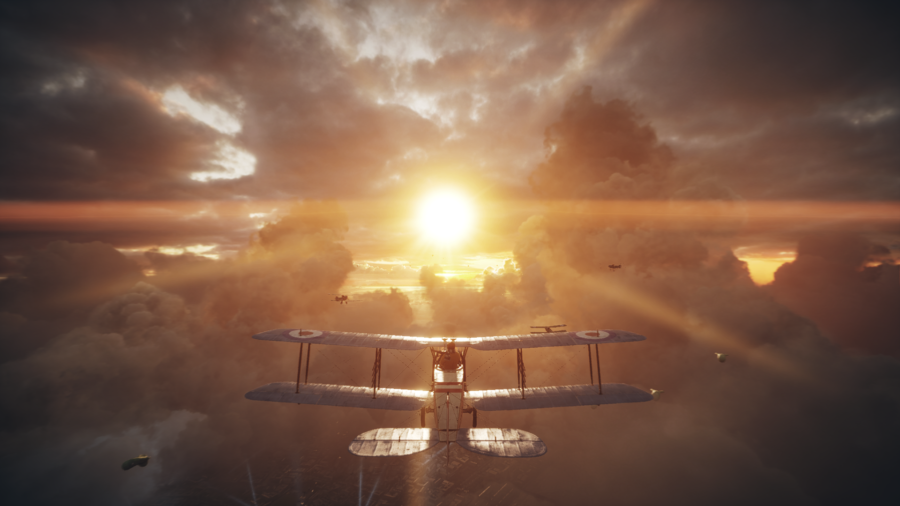 Even on consoles, Battlefield 1 is a visual masterpiece! I play on a launch PS4, and was blown away by just how great it looks. From the landscapes, to the cloud and smoke effects, to the explosions, right down to the mud on the ground. Battlefield 1 is stunning.

I believe I’ve made my point clear; Battlefield 1 is one of 2016’s best shooters. I would even go as far as to say it’s one of this generation’s best shooters. It’s exactly what a modern shooter should be, and has provided some of the most memorable and exhilarating experiences I’ve had playing online… ever.