When it was revealed that Clementine would be the star of season two of Telltale Games’ zombie survival game, The Walking Dead, I was less than enthused. An 11 year-old girl as the protagonist… really? Regardless, when the season pass went on sale, I nabbed it, as the first season was just fantastic, from beginning to end. I put my faith in Telltale Games to deliver another harrowing experience, and they most certainly did. 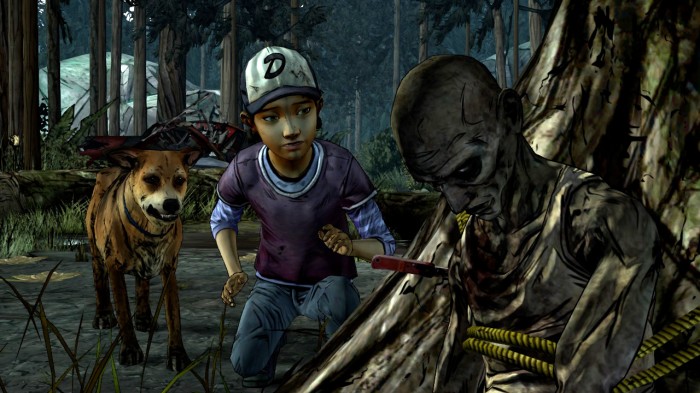 Season two picks up where season one left off, but within the first few minutes, Clementine finds herself once again running for her life and fighting to survive. Without revealing too much, she winds up with an entirely new group of people who are reluctant to take her in, despite her age. They quickly learn that Clementine isn’t some kid who’s going to be more of a liability than anything else. She knows how to take care of herself, and others, for that matter. And when it comes down to it, is able to make quick decisions that save lives.

As with the previous season, The Walking Dead: Season Two is all about giving the player choice; How to answer questions, how to handle situations, who to side with, etc. While these choices don’t always reflect how the story plays out, they do sway peoples’ feelings toward Clementine, which could mean the difference between someone siding with Clementine down the road, or opposing her.

In season two, we basically get to shape Clementine as a person. She’s no longer an innocent child with no life experience. She’s a hardened survivor, thanks to Lee (season one’s protagonist), and the horrific things she’s witnessed. During conversations and debates with other survivors, she can typically answer questions with a definite yes, definite no, or an “I don’t know, I’m just a kid.” type response. For the most part, I played as a confident and assertive Clementine.

The story itself, was all over the place. In season one, there was an end game. Something that everyone was striving for, and working together to achieve. It got side-tracked every once in a while, but always managed to get back on track. This isn’t really the case with season two, especially in the last two chapters. People had divided, and different goals were on the table, but it basically came down to doing what was achievable at the moment, and there were constantly wrenches being thrown into the gears. Even then, it was still an exhilarating and memorable ride. 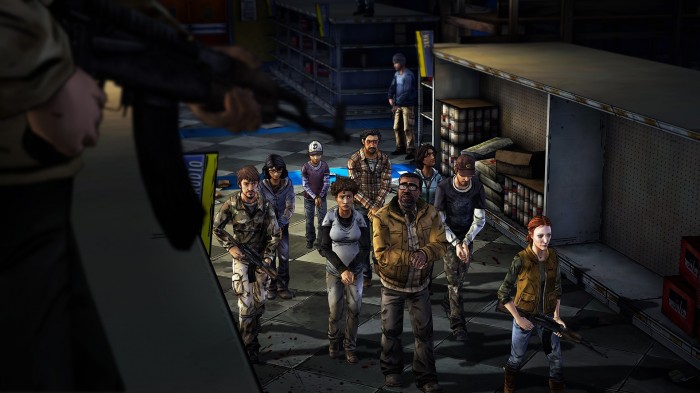 Aside from a few missteps in the story, my only beef is the performance issues that this, and other Telltale Games titles I’ve played have suffered from. It’s especially apparent coming out of a load screen, when the game will often stutter and freeze for up to 3-5 seconds at a time. For the most part, this doesn’t happen too frequently when it matters. But there were a few occasions I recall failing quick-time-events or missed targets due to the game stuttering.

Despite its technical issues, The Walking Dead: Season Two shouldn’t be missed.