Set in a distant galaxy and 600 years after the events of the original trilogy, Mass Effect: Andromeda is a new adventure in a familiar universe. Those who played the original games will feel right at home in Andromeda (no pun intended). Although some things, namely the level of polish and attention to detail we’ve come to expect from BioWare games, seem to be missing. Playing the original titles is definitely not a prerequisite, but there are several references through-out to events and characters that will give those who have that warm and fuzzy feeling.

To say I had high hopes for Mass Effect: Andromeda would be the understatement of the year. I hold the original trilogy above every other bit of sci-fi content I’ve ingested over the past decade. So when the less-than-favourable reviews started pouring in prior to launch, I grew a tad bit nervous, but I held out hope. I’ve played countless games that were met by critics with a lukewarm reception, only to have enjoyed them thoroughly. Often times with highly anticipated titles such as this, they simply don’t (and often can’t) meet the player’s expectations, and end up being unfairly viewed as inferior. I had held onto these thoughts with every bit of optimism I could muster as I sat down to embark on another adventure in the Mass Effect universe, but within a matter of minutes, I started to realize why people were so upset. 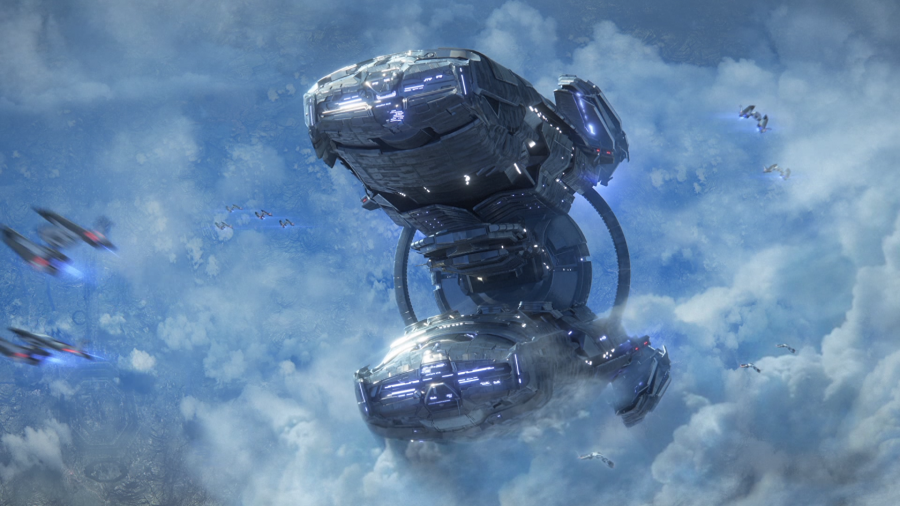 The story is quite intriguing, and gets underway very quickly. Humanity has formed the Andromeda Initiative; a joint effort to find a new home outside of the Milky Way galaxy. With several planets charted as new potential home-worlds, the different races set out in their own arks on a 600 year, one-way-trip to Andromeda. Each race has their own Pathfinder, who acts as their explorative leader. You assume the role of son or daughter of the human Pathfinder, and former N7, Alec Ryder. Having played as female Shepherd in the original series, I opted to stay the course and play as Sara Ryder in ME: Andromeda. At first, it took some getting used to. Sara is young, immature at times, and vastly inexperienced. A far cry from Commander Shepard. Once I accepted her youthful nature and viewed this as a journey to prove herself and kick ass in the process, I quite enjoyed her character. 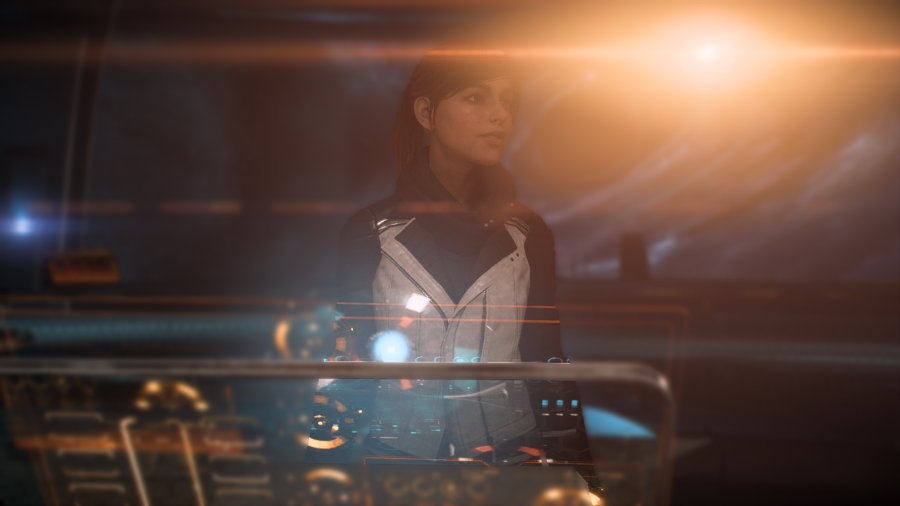 Mass Effect: Andromeda is a massive game. Bigger than any of the previous Mass Effect titles, by a long shot. The sheer amount of content here is astounding. When you reach a new port on a planet you’ve just discovered, and see dozens of new quest markers, it can be quite overwhelming. Thankfully, how many you tackle is entirely up to you. I quickly found out though, that a large amount of the side quests are quite mundane, and instead of running toward quest markers, I was passing them by without a second look.

The Mass Effect formula is entirely in tact; fly around the galaxy in your super cool spaceship and recruit crew members, do loyalty missions to earn their trust, save the galaxy. Of course, you shoot a lot of aliens in the process, and have several opportunities to become more than just friends with crew members and allies you meet along the way. Sadly, morality doesn’t play a formal role in ME: Andromeda as it did in previous titles. There are clearly good vs evil choices in conversations, but nothing affects how people perceive you overall, and you don’t get to pull out those awesome full Paragon/Renegade responses that crushed your foe, as in previous games. The omission of morality will likely prevent me from playing the game a second time, as I always liked to play both ways and compare the results. That said, it was kind of nice to be able to yell at someone for being an idiot instead of playing the diplomat no matter what. 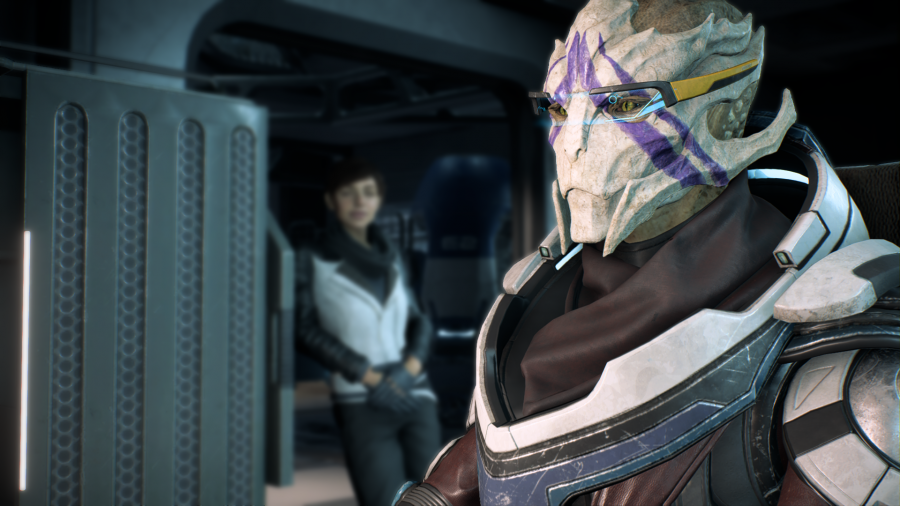 So, why has Mass Effect: Andromeda received so much backlash? Simply put, when it shipped, it was not finished. BioWare was quick to release a roadmap outlining patches that would soon follow the initial release, which contained things like “Improving the appearance of eyes for humans and asari characters“, and “Improving localized voice-over lip sync“. Odd things to list in patch notes, but as you may have heard, some of the most common complaints were with character animations. Having played the game on day one, I definitely noticed some wondering eyes and often felt like I was watching a badly dubbed foreign film. There were several moments when the camera was positioned too high and only the top of Sara’s head was visible. I figured this was likely due to the game being tested primarily on the male character, who is taller. Not a huge issue, but something you would expect to be caught and fixed prior to public release. None of these issues are game breaking, but ME: Andromeda is definitely not on par with previous Mass Effect releases in terms of quality, and not what I expect to see in a triple A title such as this. It’s almost heartbreaking, really. This should be a great game. When considering only its story, characters, and content, it absolutely is. But when you factor in all of these bugs and compound it by brutal performance issues that often crippled gameplay, it becomes difficult to stomach.

I may revisit Mass Effect: Andromeda down the road. But for now, I’m done with it. I couldn’t even bring myself to complete unfinished quests once the main story was complete. It’s a bummer, but nonetheless, I’m still looking forward to the next Mass Effect game. 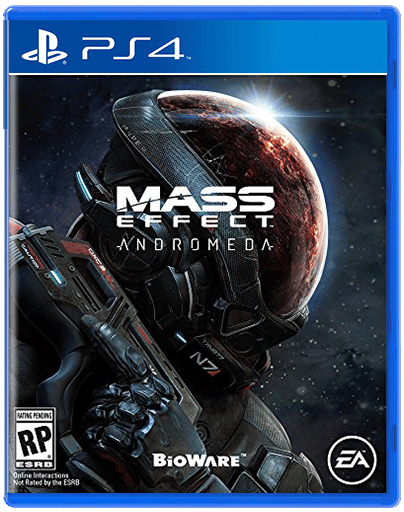 Nice review Matt, and it confirms some of the other ones I’ve read. May pick this up later in the year then if and when on sale, still have Uncharted 4 and The Witcher 3 on the PS4 to tackle 🙂

I think the longer you wait, the better off you’ll be. Once BioWare finishes rolling out patches that complete the game, it will be a much better experience.