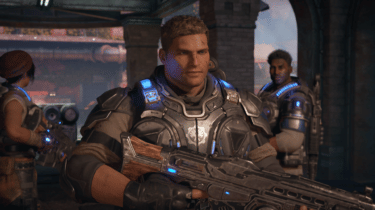 Having played all of the previous games in the series, Gears of War 4 feels like a homecoming of sorts. But that's not to say that newcomers aren't going to enjoy it just as much as veterans. 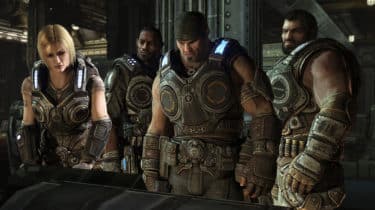 It delivers a satisfying, emotionally driven campaign that hits all of the right notes. And an awesome multiplayer suite that is sure to keep people playing for years to come.

Killzone 2 Was Worth the Wait

This is where I start raving about Killzone 2 and my readership that prefers Xbox 360 either turns their head or rolls their eyes. Let me be the first to say that up until about the beginning of February, I had the same immediate reaction to Killzone 2. After the reviews starting pouring in, most […]

While the big, annual X’0 event that takes place in Europe about this time every year was canceled, the smaller, more intimate Toronto event still happened, and man was it ever great! I know it seems like every year is the biggest year for gaming, but this year it really is. Looking back on last […]

I've been making an effort to spend more of my gaming time playing multiplayer via Xbox Live as of late. There are many reasons I don't put many hours into online play - the most prominent being the fact that I can't stand being yelled at by 12 year-olds who shouldn't be playing mature rated games anyway. Come to think of it, the random banter you hear come out of the younger players mouths is more annoying than the whining, but that's beside the point. Playing with the "general public" usually isn't all that fun and is often spoiled by 1 or 2 asshats.

I really can't say enough good things about Gears of War. It's outstanding on every level. If you have been waiting for a good reason to pick up an Xbox 360, it's here!

I picked up my (first) Xbox 360 back in April and recently passed a huge milestone. In just 7 months I managed to rake in over 10,000 Gamerscore points. I've never really been overly competitive or cared about scores and arbitrary numbers that really don't serve any purpose. But for whatever reason, the Gamerscore comprised of unlocked Achievements, has had me by the balls from day one.

You know things are good when the only thing you can really complain about is the fact that there are too many awesome new games and you can't find time to play them all. Which is exactly how things are at the moment. It's been about a week and a half since I touched Splinter Cell Double Agent. I was planning to get in some quality time with the multiplayer end of the game, but Need for Speed Carbon stole my attention for a while. Just as I finished the career in Carbon, Tony Hawk's Project 8 comes out with less than a 24 hour window until the almighty Gears of War is among us. Now that the gears are turning, everything else stops.

I've been working from home for over a year and I haven't contracted any sort of illness since. When I worked at MuchMusic, it seemed like I would always catch whatever was going around the big, stinky city. I guess that's one of the bonuses of not coming into contact with too many humans on a day-to-day. On Wednesday I ventured out of the my office that I like to call "the cave" into the real world to rock the latest and greatest Xbox 360 titles at X'06 (the Canadian version). Somewhere between chainsawing dudes in Gears of War and trying to beat Andrew's lap time in Forza 2, I became infected.

The last of the "big three", who's in a bit of a different situation than Nintendo and Sony since their next-gen effort is already on the market. I was curious to see what announcements would be made and if any new games would be announced for the Xbox 360. Not only did they pull through in the games department, but they also unveiled a whole slew of peripherals and gave 360 owners lots of things to get excited about.

It’s been just over a week since E3 wrapped up. I’ve watched dozens of trailers, read tons of articles and seen a ridiculous amount of stunning screenshots. I tell ya – this is an exciting time for gamers! GameSpot‘s coverage of the event was impeccable this year. I signed up for a GameSpot Complete membership […]