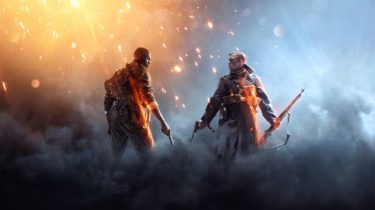 Music From the Battlefield

I’ve had mixed emotions towards the latest installation in the Battlefield franchise, Bad Company. Mostly due to my history with the series. I played Battlefield 1942 to death. Battlefield Vietnam saw quite a bit of action on my old PC gaming rig as well. By the time Battlefield 2 came out, my PC was a […]

Nearly a month ago (April 11, to be exact), Battlefield 2 Modern Combat was released for the Xbox 360. As I've mentioned a couple times before, I was a huge fan of the first couple Battlefield games but had major problems with Battlefield 2 for the PC. It seemed every time a patch was released, I would end up spending a couple hours trying to get the game running again which normally resulted in me abandoning the game out of frustration. Although Modern Combat is not the same game as the PC version, I was really hoping that I could catch up the time I missed out on and finally enjoy the Battlefield series again. Unfortunately, I'm lead down the same path of repeated disappointments.

I picked the best time to buy an Xbox 360. The week I bought it, Ghost Recon Advanced Warfighter and Burnout 3 hit the shelves. Since then, there's been a steady flow of new content in the form of demos, trailers, themes and picture packages showing up in the Marketplace. It's been almost a month now, and there hasn't been a day gone by that I haven't at least turned on my 360 to see what's new in the Marketplace.

The day I picked up my Xbox 360, I spent a fair bit of time checking out all the accessories and deciding which ones to get. I was bummed to discover the only headset available was the standard Microsoft one that's big, ugly and cheap looking. I never had the original Xbox Live headset as I got my Xbox just before Halo 2 was released and some friends of mine at an Xbox PR company hooked me up with the limited edition Halo 2 headset. That little thing was great! It was small, sleek and comfortable. Lucky for us, the company behind the Halo 2 headset has done it again - this time for the Xbox 360.

It’s been just over a week since E3 wrapped up. I’ve watched dozens of trailers, read tons of articles and seen a ridiculous amount of stunning screenshots. I tell ya – this is an exciting time for gamers! GameSpot‘s coverage of the event was impeccable this year. I signed up for a GameSpot Complete membership […]