The day Transformers: Fall of Cybertron was released, I hopped on a plane and moved across the country. It was a solid month before my belongings arrived, and among them, were my game consoles. Needless to say, I was disappointed that I wasn’t able to play this long awaited game right away. But now that I’m settled in on the west coast, I’m getting back in habit of play video games, and my first purchase was Transformers: Fall of Cybertron. Thankfully, it lived up to my expectations, and I’ve been having a lot of fun with the online multiplayer.

I was over the moon when Transformers: War for Cybertron, not to be confused with Fall of Cybertron, was released in 2010. It was an epic throwback to a cartoon that I immensely enjoyed as a child, and really hit home with this old school gamer. I thoroughly enjoyed the campaign, and was hooked on the multiplayer for quite a while. Naturally, I was hoping that Fall of Cybertron would scratch that same itch, and it most definitely has. 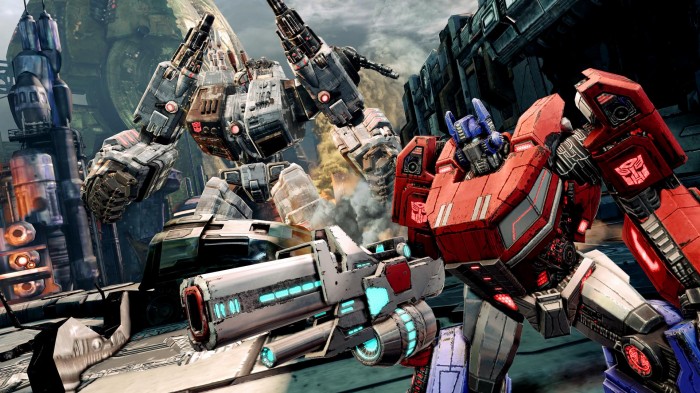 Since this is the second game in the series, I’ll skip over things like graphics and sound, since they’re all on par with the predecessor. Feel free to read my review of War for Cybertron if you’d like to catch up.

Gameplay is relatively the same, with some small changes. I recall having a couple different abilities in War for Cybertron, which has been reduced to a single ability per character. And for some reason, or maybe I missed it, you can’t throw grenades at all. Enemies throw them at you, and quite often. But you can’t even pick up a live grenade and lob it back. I found that really weird, as there were a few occasions that I couple have really used a grenade, or two. Granted, there are weapons laying around at every turn, and many of them are heavy weapons like grenade launchers and rocket launchers. So perhaps that was the trade-off? If this is the case, then grenades probably should have been removed entirely. It felt a bit cheap that enemies could flush you out of cover with grenades, but you couldn’t do the same to them. 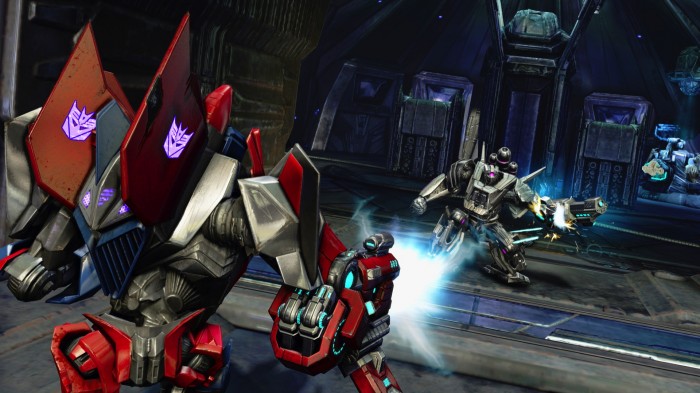 Presumably, these games are aimed at a younger audience, so the story is dead simple and easy to follow. That doesn’t prevent it from being enjoyable, and there were definitely a couple plot twists that I didn’t see coming. It sets out with an event that takes place right near the end of the campaign, which acts as a nice setup that throws you straight into the action. Then time rolls back and you see how the Autobots and Decepticons ended up at each other’s throats, again. There’s some nice back-story that’s revealed through-out the campaign, which ties beautifully into the Transformers lore. It also sets the stage for events that are yet to come. As with War for Cybertron, Fall of Cybertron lets you play as both Autobots and Decepticons, and assume the role of different Transformers from each faction. This works well to introduce you to the various classes and their abilities, as you get to choose who you’d like to play as when it comes to multiplayer. There was virtually no need for exploration when it came time to play online, as I already knew what each class had to offer.

Multiplayer classes. You can unlock 3 kits per class.

Speaking of online, I find myself quite engaged by the online multiplayer modes in Fall of Cybertron. Specifically, conquest mode, which has you securing and defending control points scattered across the map. There’s standard deathmatch, capture the flag, and head-hunter modes as well. New to Fall of Cybertron, is a horde mode called Escalation. For those unfamiliar with Gears of Wars’ horde mode, it’s a co-operative mode which pits players against increasingly difficult waves of enemies. I didn’t enjoy this as much as horde, or even Halo’s firefight, but it was fun enough. Mostly, I just wanted to get back to conquest mode while I was playing escalation. 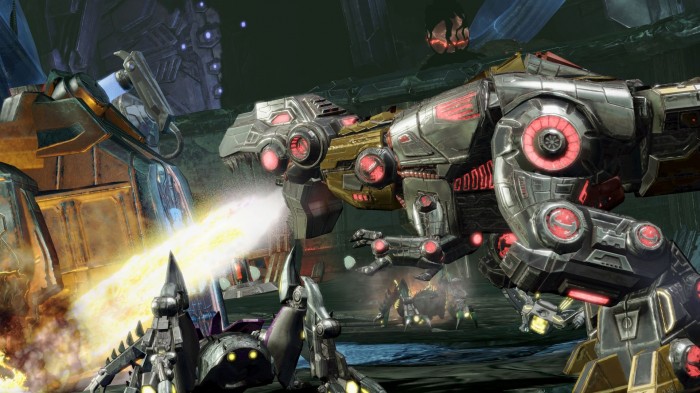 I can’t even express how stoked I was to play as Grimlock!

The bottom line is this — playing as a giant robot who has the ability to transform into a vehicle is fucking awesome! Hands down, the whole concept is just great. The unfortunate thing with these games, is that you don’t really get a sense of just how big and devastating they are, since you’re on the robot home world, and everything is built to their scale. I was playing with my nephew, when he said something along the lines of, “If this was on earth, and you could see people running around at your feet, I would definitely buy this.” He’s totally right, and given where Fall of Cybertron concluded, I wouldn’t be surprised if we see this in the next game. Havent tired the game but movie was awesome.
And also the featured image was so good that i had read the whole blog.