There’s A New FPS In Town

I guess we can bid a fond farewell to the Doom engine… and might as well say our goodbyes to Source and maybe even Unreal while we’re at it. 3 dudes working out of an apartment on their own money are working on a game codenamed Project Offset, which is looking pretty incredible at an early stage. They’re developing a next-gen engine that’s going to give all the big boys and run for their money. Project Offset isn’t your typical FPS either. It’s set in a fantasy world comparable to that of which you would see in the Lord Of The Rings movies. In the tech demos which can be found on their site, you see the main character take out an enemy with a bow and arrow then pulls out a sword when attacked by a huge ogre type-thing. The character movement reminds me of the human characters in Shrek 2. 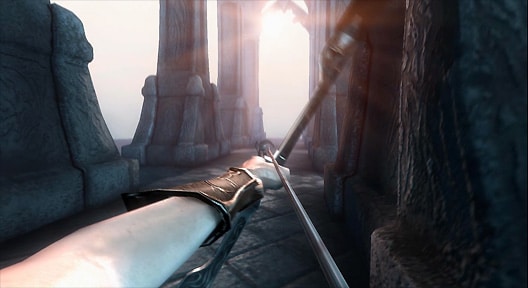 Yeah, I remember reading about this a few months ago.

The original team (okay, the three guys) used to work for an independent gaming company called S2Games who released Savage: The Battle for Newerth, a pretty slick PC game that never received the recognition it deserved.

I’ve got to admit, this does look pretty sweet. I’m impressed mostly by the lighting and the fluid animations which look like they use a combination of ragdoll physics and hand-tweaked animation.