Sam Fisher’s back, looking and sounding younger than ever. This is mostly due to the fact that Michael Ironside is no longer the voice of Sam, but he’s also been given a bit of a physical makeover as well. Given that Blacklist is a direct sequel to Conviction, and that Sam looks younger than he did in Double Agent, things feel a bit disjointed for long time fans of the series. But fear not, Blacklist is absolutely a game worthy of the Splinter Cell title, even if it feels like you’re cheating on Sam with a more dashing, less rugged version. 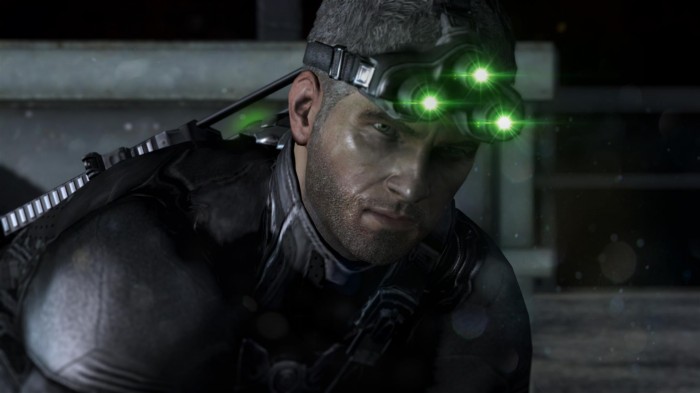 I’m not super interested in modern military shooters these days, but Blacklist’s story is quite intriguing. In short, there is a group known as The Engineers, who have demanded that the US remove all of their troops from foreign soil across the globe, and if they fail to do so, there will be an attack on the US every 7 days. The game starts out with Sam and his old friend Victor leaving an airforce base in Guam, when it’s attacked. This serves as a precursor to the Blacklist, and hits Sam on a personal level, as Victor is injured during the attack. Sam is now tasked with leading a small team of experts in various fields, to find out who The Engineers are, and how they can be stopped.

Mission briefings take place on a Paladin aircraft, which serves as the team’s headquarters. Various aspects of the Paladin can be upgraded, which provide different advantages; improved radar while on the ground, access to new tiers of weapons, etc. Between missions, Sam is free to roam around the Paladin, and engage in brief conversations with his teammates. At this time, he can also call his daughter Sarah to check in. I made sure to do this after each mission, as Sarah would often speak of how things are in the US while the threat of the Blacklist attacks loom. 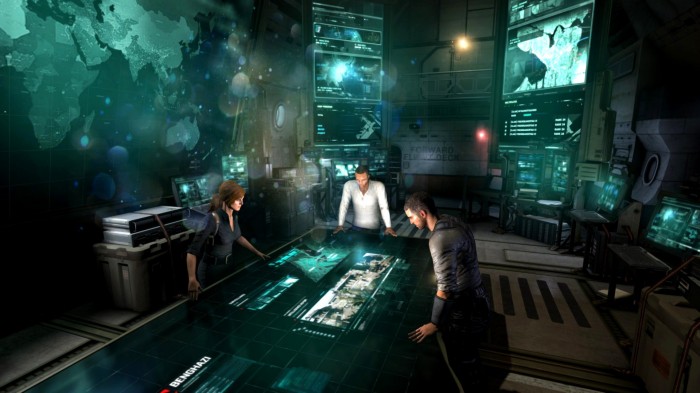 Missions range from pure stealth, to a mixture of stealth and action, to “shit just hit the fan, get the fuck out of there!” Stealth is the primary game play style, as you would expect in a Splinter Cell game. But there are a few occasions when it’s unavoidable to be loud. There are 3 different play styles, and you earn points depending on your actions, which go toward an aggregated score at the end of each mission. Ghost is stealth, which will reward you for sneaking around enemies and using non-lethal force. Panther is for sneaky predators. And Assault is for those who prefer handle every situation with guns blazing. Each mission can be mastered in each of the play styles, so there’s plenty of replay value in the single player campaign if you want to master each. The campaign is a decent length, with 12 primary missions, each ranging from 45-60 minutes in length.

Before each mission, you’re given the opportunity to customize Sam’s loadout. There are dozens of weapons, gadgets, and suit components that can be changed to suit different play styles. I ended up with 2, one for stealth, and one for assault. Once you select a new mission to embark on, you’re given some tips as to what type of mission it will be, and recommended equipment to take with you. This provides as an excellent heads up as to what loadout you should use.

Aside from the primary missions, there are secondary missions presented by each of the members of Sam’s team. They’re entirely optional, and most require you to play co-op, either split-screen or with an online partner. I didn’t end up playing any of them, as I didn’t have any friends on PSN that were playing at the time, and I don’t like playing with shitheads. I’ve heard from a few people on Twitter, that the co-op missions are pretty solid, and worth playing. So that’s some added value for those that are into co-op game play. 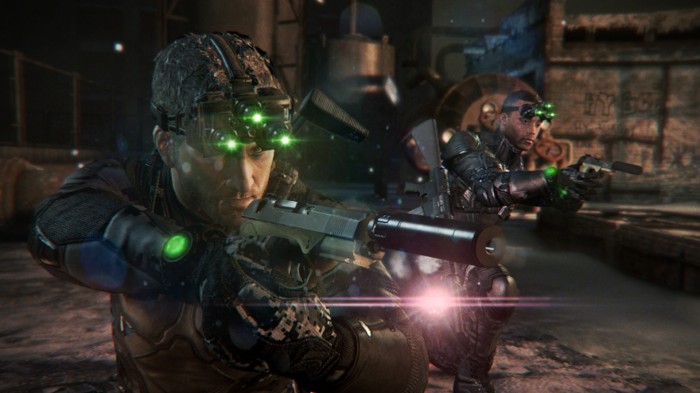 The old Splinter Cell team based multiplayer mode, Spies vs Mercs is back in Blacklist, although I didn’t spend any time playing it. I remember it from years ago, though. Spies are equipped with equipment and weapons to aid them in stealing targets or hacking computers, and played in third person. Mercs are played in first person, with a focus on assault and defense. Their goal is to prevent the spies from completing their objective. Mercs don’t have the same physical maneuverability as spies, but their heavy weapon loadout helps level the playing field.

I quite enjoyed the single player campaign, and would definitely recommend it for any long term fans of the franchise. While there have been some changes to Sam himself, the Splinter Cell formula is in tact and just as strong as it’s ever been. Actually only the Briggs side missions are coop-only, the others can all be played single-player and are actually quite good.
The Grim missions are pure stealth, Kobin missions are “take out everyone but don’t get seen” and the Charlie missions are “survive at least 5 waves of attackers in closed quarters”. The fact that it’s back to the start if you fail once really adds to the tension – side missions alone added at least 12-16 hours of gameplay for me. Really enjoyed Blacklist.

Oh, thanks for the clarification. I went to fire up one of Grim’s missions, and it said something like “online co-op” or “split-screen co-op with Grim”, so I assumed they were all co-op. Also tried one of Briggs’, and saw something similar. Regardless, I didn’t realize they added that much game time. That’s pretty substantial, given the primary missions take less than 12 hours to complete.