Despite being totally predictable, I had a great time playing through the single player campaign and the story had me hooked.

The Bad: Very predictable. Sticks to old school gaming methods which make it feel dated. Very much like Doom 3.

Quake is a powerful word in the gaming community. It marked the beginning of multiplayer gaming that we know today. At least, it does for me. I was in grade eleven when it came out and remember installing it off the network at my high school and playing sixteen player deathmatch in the multimedia lab over lunch break. Those were some good times!

Quake 4 was released just twelve days ago – November 18, 2005. But there was little to no hype surrounding it… perhaps, with good reason? Not to brag or anything, but I pretty much hit the nail on the head there. I was not looking forward to this game in the least. But I started playing it regardless. I figured, if nothing less, it would be nostalgic. And it was! But that’s not all it was…

As expected, it looks fantastic! The level design is amazing and all those industrial corodoors with low-light and blood splattered walls have never felt so eerie. It is blatantly obvious that Quake 4 is built on the Doom 3 engine. There’s no mistaking it. Aside from the visuals, there’s even things you will do in Quake 4 that you did in Doom 3… which is a little weird, I must admit. The one department Quake 4 towers over Doom 3 in is weapons. They look amazing, they feel great – huge and satisfying. But the sound… man, the sound! However, I hated the sound of the assault rifle. It’s all high-end and sounds cheap and very weak. Not that you’ll use it much once you get the nailgun (yes, it’s back) and the rocket launcher. The one thing it’s good for, though… it’s light. Where Doom 3 weren’t terribly wrong, not having a single weapon with a light mounted on it – Quake 4 learned from that lesson, sort of. The first two weapons you acquire – the rechargeable handgun and the assault rifle, are equipped with lights. But that’s it. Out of the eight or nine weapons you’ll be carrying, only two of those have lights. To make matters worse, if you’re holding a weapon that doesn’t have a light and hit the light key, you’ll switch to the assault rifle. It took me a while to figure out why it kept switching back to the assault rifle on me. Thought there was some weird auto-switching going on… which I guess, there was. Sort of an inconvenience, but with ‘previous weapon’ mapped to Q, it’s not all that bad.

Where Quake 4 really shines is in the story and gore factor. There isn’t much of a story – for the most part, you’re running around activating/deactivating things. There’s a surprising amount of back-tracking, but it’s usually cut short by an alternate route to get to where you came from. But what story there is, is great! If there’s a game that should be made into a movie, it’s Quake 4. After your first encounter with the big-boss (who you would recognize from Quake 2, had you played it), you’re captured, hacked apart and transformed into a Strogg warrior. The best part of the whole ordeal, is that you get to witness the entire transformation from the first person perspective. You end up being rescued before the process is complete and you still have use of your brain. So you re-join the ranks with the marines and continue on to try and take down the Strogg. When you return to the mothership, you are greeted by marines muttering under their breathe or making threats as you walk by. Some, however, are curious and start asking questions about your new internal wiring. It would have been cool if you still have weapons during this sequence so you could pistol whip dudes who talk shit – but then again, there’s no melee attack.

To sum it up – Quake 4 is a great game if you’re still into old school gameplay. A few common traits of old school developers that held true in Quake 4…

If you’ve made it this far, you might be asking yourself – “Did he like it… or not?” You know, I’m not really sure. At first, I was mocking it’s predictability. But I found myself drawn to it. So much so, that I beat it within a week and took the time to put together a ten minute demo video to put on my site. Speaking of which, watch and enjoy… some of the most memorable moments in the game spliced in with some action scenes. Don’t watch if you plan to play the game. There’s some serious spoilers. 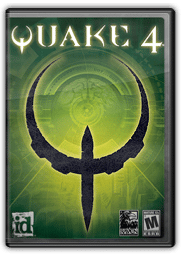 Quake was/is a big part of my life too, it introduced me to FPSes.. So Quake 4 is a big deal for me. (I’m still a big fan of Quake2)

From the few seconds i watched in your movie (thanks for that by the way!), i did get a feeling it was "just another Doom III". I think i got to play it to know for sure.

What?! Did i read correctly?! The nailgun’s back?! Awesome! 😀

Now i’m even more impatient to try it… i just need to save up a few euros. And i don’t know if this is the right time to become addicted to a game. (In the middle of school projects and tests)

Anyways, thanks for your thoughts on this.

Yo andr3. Glad you liked the video! Stoked that it’s got quite a few views now.

Yes sir – the nailgun’s back and it’s great! Definitely my weapon of choice. You can get a good look at it in this screenshot.

You should definitely check it out… when you have some time to spare. Like I said, it felt like more of the same, but I was still drawn to it. So much so, taht I finished it in under a week.

I am not sure why did you point to OakBots as they are not available for Q4 at this time …?

What’s the harm in letting others that there is sone about it happen?

Ow Yeah! Finally got a original copy myself yesterday. I’ve played an illegal copy allready and I must say the singleplayer wasnt really that excitng. But now I’ve played multiplayer and it almost rawks as much as Q3.

Now we just have to wait for CTFS! 🙂 Nice reviwe btw matt.

Hey, nice review and all but the video doesn’t work with me, I get to the part where the guy in front of yah is about to get cut up with that saw blade and it restarts…Explan?

@Paul: It sounds like the video hasn’t fully loaded and is causing it to jump back to the beginning. If you’re on a slower connection, you might need to pause the video until the darker bar inside the progress bar reaches the right edge. That’s the preload meter.