First Light is a stand-alone prequel to inFAMOUS: Second Son, that puts the player in the shoes of the most memorable and likeable secondary character in Second Son; Fetch. She’s an emotionally damaged “conduit” whose neon charged powers were my favourite of the 4 main powers obtained in Second Son. In First Light, we learn why Fetch is such a loose cannon, and experience her pain first hand.

The current day story is set just before the events of Second Son. Fetch is detained in a maximum security prison for conduits by Second Son’s antagonist Augustine, and being forced to relive past events by way of flashback sequences, which make up for the bulk of the game. In these flashbacks, we learn all about her past. What happened with her parents, how she bonded with her older brother Brent, and how she took control of her powers. 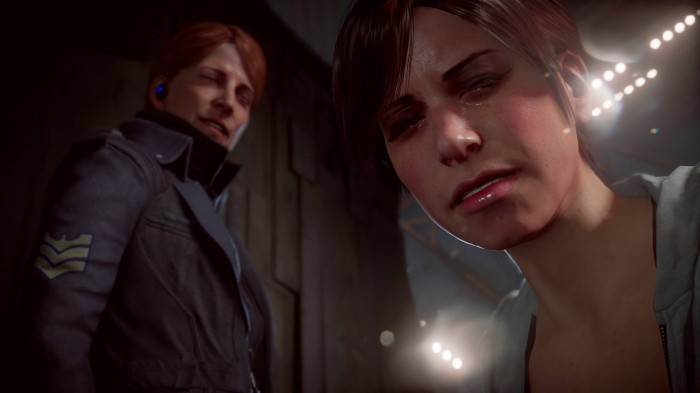 The story isn’t super long, but it’s definitely interesting. I likely spent 6-8 hours in Seattle completing story missions, chasing after lumens, and finishing challenges. Through-out the story, when we return to the current day scenes, Augustine puts fetch through “training” exercises, which are dubbed the “battle arena” once the story is complete. You can return to the arena at any point, and compete against friends and the global leaderboard for top marks. There are 3 challenge maps in the area, and 2 game types; survival and civilian rescue. Also, if you own Second Son, the challenge maps can be played with Delsin as well as Fetch.

We experienced neon powers in Second Son, but they’ve been bumped up a few notches in First Light. Fetch has some awesome new abilities, like neon homing missiles, and an absolutely devastating singularity. Melee combat has also been stepped up a bit, with new finishing moves. Defeating an enemy will give you a finisher, which can be triggered by simply hitting the triangle button when close to an enemy. This is a one-hit takedown that greatly improves your odds when going against multiple enemies at once. You can have a few finishers banked, which can be unleashed in quick succession. 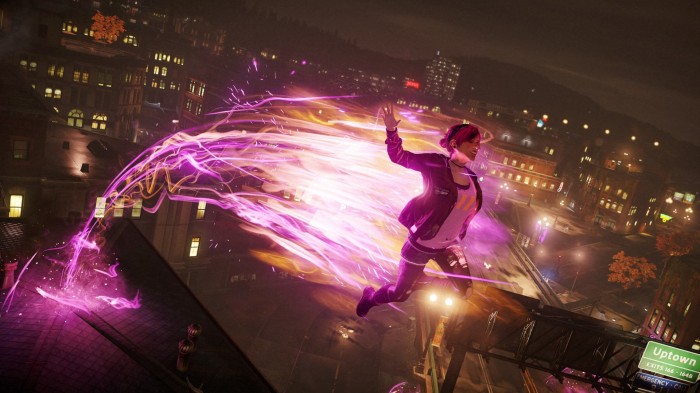 Mobility is a lot easier in First Light as well, as Fetch travels at high speed and can scale buildings in a matter of seconds, right out of the gate. There are also these neon clouds scattered through-out the city, which give Fetch an extra boost of speed when she runs through them. So getting from point a to point b is quite fun, and hardly tedious at all.

There’s plenty of content here to warrant the $15 price tag, and I highly recommend picking up First Light if you played and enjoyed Second Son.