Although the Nintendo Entertainment System was the first console I ever owned, I was exposed to video games at a very young age. Currently at age 32, video games have been a part of my life for about 28 of those years. My first experience with a game console, was at the age of 4, when my parents took me along to visit some of their friends. Their son was playing Pitfall on an Atari 2600, and I remember being glued to the TV from the moment I entered the room. Before we left that day, I had tried my hand at Pitfall, Q-Bert, Asteroids, Centipede, and Breakout. Needless to say, it left quite an impression on me, given that I still remember it so well, 28 years later.

What I’m getting at here, is that video games have been with me nearly my entire life. Video games to me, are not just a hobby or something I do when I have nothing better to do. I doubt that I’ll ever grow out of them, or feel that I’m too old to continue playing. Like music, television, and film have found a permanent place in most of our lives; video games have and always will be in mine. 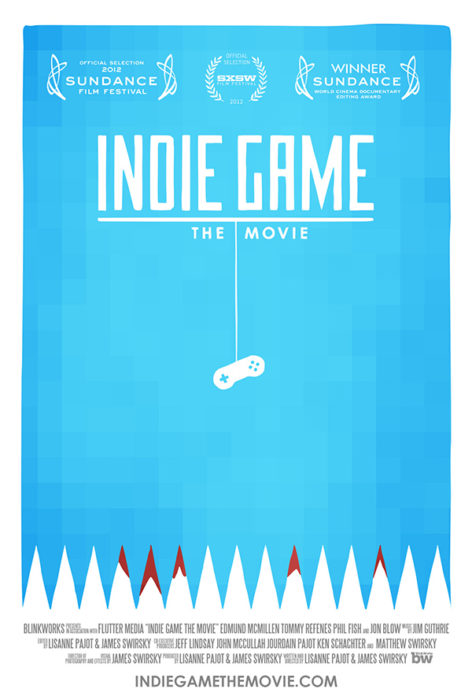 Indie Game: The Movie really hit home, as it tells the story of 3 independent game developers. All of which are right around my age, and also grew up playing what are now known as the classics. While I’m content with a controller in my hand, they decided to actually create their own games. Driven by a life-long passion for the medium, and a desire to express themselves through their art, they strive to release a game of their own, in a time when independent game development is nowhere near the fore-front of modern video games. Especially when the big three consoles are considered. It’s no easy task to have Microsoft or Sony release a game on their platform and give it the exposure it needs in order to succeed. But in the end, these developers managed to pull it off, despite quite literally almost working themselves to death.

Having watched the film, I now have an even greater appreciation for the work that goes into releasing a video game. And I’m not talking games that have hundreds or thousands of people working on them. Sure, the bigger developers als0 deserve a huge amount of respect, but the little guys who pour their heart and soul into their project, and basically put every other aspect of their life on hold to follow their dream, are the ones I truly admire.

Immediately following my first viewing of Indie Game: The Movie, I revisited each of the games featured. While I played Braid when it was initially released, I never got around to reviewing it. If I remember correctly, I called it quits when the time-bending puzzles gave me severe headaches, literally. I made sure I wrote about Super Meat Boy, even though it’s nearly been out for 2 years now. And jumped back into the world of Fez, and completed that journey. I recommend you check out these 3 games after watching the film, if you haven’t already. If you’re anything like me, you’ll want to purchase them just to show your respect for the developers, and thank them for their efforts. 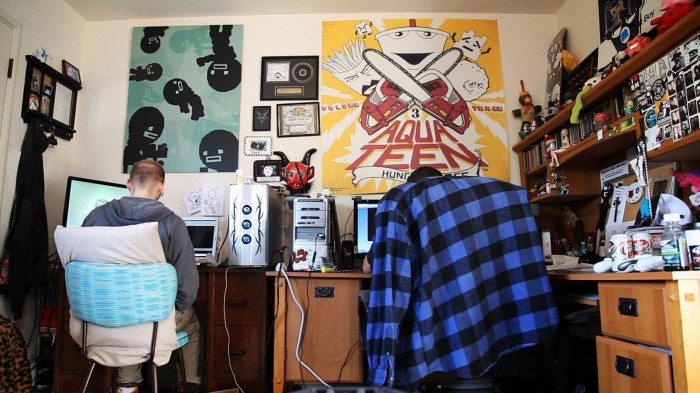 I suggest that everyone who plays video games in any capacity, views this film. But especially those who are into independent games, or grew up playing games in the 80s and early 90s. 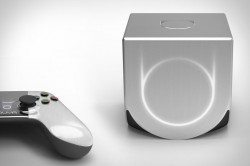 Interestingly enough, a Kickstarter project surfaced shortly after I watched Indie Game: The Movie, which I backed within minutes of watching their demo. It’s an open source console called OUYA, and is set to release in March 2013. It’s running the Android OS, so many games will be easily ported to the console, which will have an app store like interface that we’ve seen from Apple and Google, with a user interface similar to that of the Xbox 360. As much as I enjoy playing games on my iPhone and iPad, I prefer lounging on the couch playing games on the big screen. This is the philosophy behing OUYA, and the main reason I found it so easy to get behind. Needless to say, I’m pretty stoked for March 2013!

Even I am 27 years old now and I have gone more crazy for video games than I was in my teens.

I didn’t know about this film, thanks for the review, I’m gonna check it out. Looking forward to OUYA, I contributed to get one, can’t wait to see how it does and how the development community builds upon it.