While Microsoft’s presentation had me feeling a bit more optimistic about the Xbox One, it still left a lot to be desired. With the ever growing list of negative features and functionality, they really need to go above and beyond to make people want to buy this thing. At this point, I’m not convinced, but I do see myself owning one at some point, once there’s a solid foundation of exclusive titles to justify the purchase. In the meantime, my money is going to Sony and they’re PlayStation 4. In fact, I pre-ordered a PS4 shortly after Sony’s E3 presentation on June 10th. 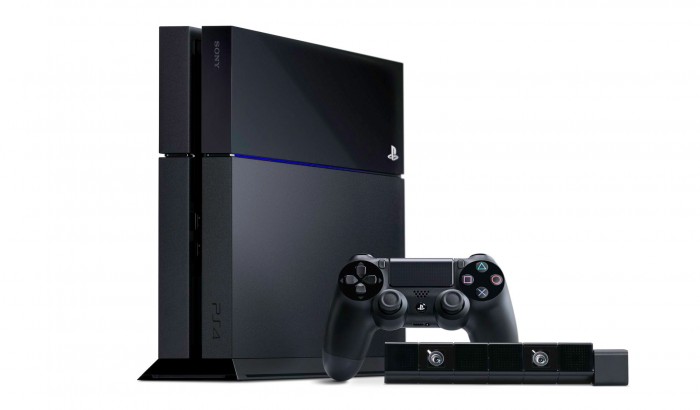 Yes, I might have jumped the gun, but I have a really good feeling about the PS4 and am thrilled with the way Sony have been conducting business and treating their supporters as of late. While Microsoft is clearly on the defensive, Sony is embracing the gaming community with open arms and delivering exactly what we’ve been asking for. Or rather, avoiding the things we’ve been very vocal about not wanting. With several direct digs at Microsoft during the closing segment of their E3 presentation, Sony made it clear that they’ve been listening, that they care, and that they’re going to deliver the experience that we, the gaming community want.

Here’s are the highlights from Sony’s presentation…

I love that Jack Tretton is clearly having a hard time containing an ear-to-ear grin. He knows they’re on the right track, and the thunderous applause he received verified that. While I’m on the topic of the console itself, here’s what we know now about it and the changes coming to the PlayStation Network, and PlayStation Plus subscription…

As for the games shown… 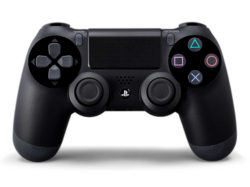 From where I’m sitting, the only real negative point is how the PlayStation Plus subscription currently works. And that’s that it’s tied to a single account, and would require multiple paid accounts on a single console in order for multiple people to be able to play online. Other features like free game downloads are available to sub-accounts. I wouldn’t be surprised if this changed before the PS4’s launch. Right now it’s not really a concern, as multiplayer gaming is free across the board on PS3.

Update: June 12th, 2013 at 11:35am
It’s been brought to my attention by Anthony in the comments that Sony’s President of World Wide Studios Shuhei Yoshida has confirmed via Twitter that only one PS+ account is required for online play on the PS4, by any number of accounts.

So, there you have it. Neither PS4 nor Xbox One have had their full list of launch titles announced, or even firm release dates set. But we have at least a couple confirmed exclusives for each at launch, with more early on in 2014.

Which side of the fence are you on? Or still perched atop, undecided?

I used to have both a PS3 and a 360, and I loved them both. Then Sony decided that “running your own OS”, a feature they sold the PS3 with, wasn’t good for them and they removed it. I doubt they’d ever pull the same move again (they’re still fighting a lawsuit because of it), but once bitten, twice shy. Microsoft may act like jerks, but they’ve made it very clear what they’re doing and have the publishers on their side because of it.

Understandable. I feel very much the same towards Microsoft due to the 100% failure rate of the early Xbox 360 consoles.

“And that’s that it’s tied to a single account, and would require multiple paid accounts on a single console in order for multiple people to be able to play online. ”
This was tweeted out by Shuhei Yoshida to not be true. As long as there is one account on the PS4 with PS+, the rest will have online as well.

Thanks for bringing this to my attention. That’s great news! I’ve amended my article and given you credit for sourcing this out.

I was a PC gamer during high school and I remember playing a lot of Diablo, Starcraft, FIFA and the occasional shooter. I considered getting a console, but the thought of moving away from keyboard and mouse was a bit unsettling (seems so silly now looking back!).

In 2010 I finally decided to purchase a PS3, because like you, my back is killing me and I usually can’t wait to get out of this chair at the end of the day. The much bigger PS3 community back home was one of the two determining factors in choosing Sony. The other was Uncharted 2. I was blown away by that trailer and this is still my favorite franchise to date!

Strangely enough, I only used the PS3 to play the original Uncharted and a handful of other games in the first year. But in recent years (especially since I moved to France) I started playing more games. I have a backlog of > 100 games, most of which are a few years old and I can get for cheap. I can sell or trade the titles I own and play games with little cost.

I also subscribed to PS+, which seem like a service made for people like me. Every new games they added each month were part of my list. So far I played Quantum Conundrum, Mortal Kombat, Limbo, LOTR: War in the North, Sleeping Dogs, Mass Effect 3, The Cave, Ratchet & Clank: All 4 One, Hitman: Absolution and Kingdoms of Amalur: Reckoning. Can’t wait to jump into Uncharted 3 this month!

So you could say there’s really no reason for me to get a next gen console, as I can still enjoy at least 1 more year of gaming on the cheap. Like I said, PS+ is pure gold for me and I love the way they handle it on the PS4. There’s only one bullet on that highlights list that would have made me immediately pre-order a PS4: backwards compatibility. However… I can understand why that’s not an option and I will probably purchase a PS4 later on, once I get another TV for my room and can move the PS3 there.

I was open to both PlayStation and Xbox. While I like how Sony treated me so far, this was the point where they really could have screwed this up. So glad they didn’t!

Happy to hear another person who just loves PS+. I feel like there isn’t enough attention on that service, or people simply don’t know about all of the great incentives. Xbox Live merely gives you functionality (online multiplayer, video streaming services, etc.), but PS+ gives you content that you normally have to pay for. On top of that, plenty of reduced pricing for subscribers. It really is an excellent service, and I have no problem paying for it.

My youngest daughter has been playing LittleBigPlanet Karting every day since it was released last week – another solid free PS+ offering.

Hehe! My boy just turned 3, so while he can’t quite handle the controller, he was always super excited whenever I turned on LBP2, that was/is also free on PS+. I’ll probably get Karting too, but now I’m honestly struggling with the hard drive space. I had quite a few games in progress, but I had to delete a lot of them to make room for Uncharted 3.

That’s another minor gripe I have with the service: doesn’t matter if you have a subscription when a game becomes free, you need to actually download it in order for it to be available in your collection later on. And with 40GB games like Uncharted, suddenly that 120GB drive that I always thought would be more than enough now seems tiny. So… I know many say digital download is the way of the future (and it might just be), but with such huge downloads and still many people having crappy Internet connections (myself included), they need to come up with something.

Sorry for writing yet another novel of a comment! 😉

Yeah, hard drive space is definitely an issue when you’re buying digital games. Even with a 500GB drive, that the PS4 and Xbox One are said to ship with, that will go quick when some games are upwards of 30-40GB. My PS3 has a 320GB drive, but I’m down to around 120GB now, and that’s after deleting a bunch of games.

Granted, in Uncharted 3’s case, there was a lot of unnecessary stuff that was required for the game to run. Not sure if you noticed, but it downloaded multiple language packs (each around 750MB), and a full set of movies (cut-scenes) in 2D and 3D. The stand-alone multiplayer mode was also included, which was around 12GB on its own. I only wanted the single player game and 2D movies, but had to download it all. Found out after the fact that the digital version doesn’t use the same save files from the disc based game, so that was entirely pointless.

I have both the PS3 and a 360 – the 360 was an after-thought purchase I made a couple of years ago to play Halo and yes I know I may have a problem – and have generally leaned Sony’s way based on my brother’s early experiences with his constant red ringing rigs.

The E3 presentations convinced me to grab a PS4, but unlike you in pre-ordering early, dawdled and missed my chance. Oh well… at least I know I’ll get one before Tom Clancy’s The Division comes out.

Yeah, the pre-orders went quick, eh? This is my first time jumping on a console release like this. I remember the last gen well, and there was a lot of speculation since there were so many new aspects to the consoles and services that connected them. Previously, you could play video games on them, but they evolved quickly, and no one really knew how all of that would pan out. This time, that ground has been laid, and it’s simply being built upon. Exciting times, for sure!

After seeing the comparisons between the new PS4 and Xbox One, I’m sold on the PS4. I just can’t stand a lot of features that XBox built into their system – designs that don’t benefit the customer. When I look at the features side-by-side Sony comes out a head.

Absolutely. I watched an interview with Jack Tretton of Sony and he was asked how they made some of the decisions they did with PS4, and he replied by saying that if you put the consumer first, it’s really not that hard to do the right thing.