Digital Console Gaming – Are We There Yet?

2012 has brought much change to my life. I recently moved from a city in Ontario with a population of 155,000, to a small town in BC, just 15,000 strong. With only 2 traffic lights and 2 gas stations, it is indeed a small town. And as you might imagine, stores that were once a few minutes from my house in Ontario, are now a good 20-30 minutes away. I’ve only been here a few weeks, but I already see my buying habits changing. I’m typically the type of person who, when I want something, want it now. Rushing out and buying something on a whim simply isn’t an option, most of the time. Stores close earlier, and are further away. So, what’s a guy to do? Look for alternate ways of purchasing whatever I’m after, of course! Thankfully, the video game landscape seems to be changing, at just the right time.

I’ve been saying for years — I’m tired of having to swap out discs in my consoles. It’s tedious, and finding storage for the physical packaging is a growing challenge. Now that it’s harder for my to obtain physical copies of games, I’m even more interested in a digital distribution system. Not to mention, rental stores are almost entirely a thing of the past, so purchasing games out-right is the only way to go. But there’s one, rather large problem I have with purchasing games; the cost. At nearly $70 (including tax) per title, playing video games is an expensive hobby. To offset the cost of new games, I often trade-in or sell games I’m no longer actively playing. With digital games, that’s not an option. There’s no way to redeem some of my investment once I’m done with it. And without the ability to rent games, buying becomes a tougher decision.

I recently discovered that Sony is working in our favour to address both issues. It’s no secret that I favour Xbox 360 over PS3 — just take a look at my game review archive. But lately, I’ve been spending more time on my PS3, and here’s why… 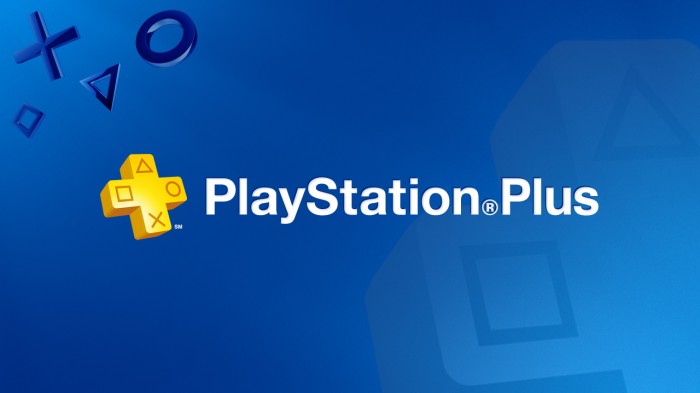 One of the selling features of the PS3 is the “free” online service. With it, you can access their store to download and purchase content, play online multiplayer games, and use third party apps like Netflix and YouTube. A couple years ago, Sony introduced PlayStation Plus; a paid subscription that gives you additional features, such as cloud saved games and automatic software updates, and free content on a regular basis. Up until recently, I hadn’t even considered subscribing to PlayStation Plus. But with this locale change, I’ve been searching for other ways to obtain games, and PlayStation Plus takes many steps in the right direction.

Subscribers have access to a collection of free games, and discounted DLC. At the moment, the following games are available for free to PlayStation Plus subscribers — Bloodrayne: Betrayal  Borderlands, inFamous 2, LittleBigPlanet 2, Ratchet & Clank: All 4 One, Starhawk (single player campaign), Warhammer 40,000: Kill Team, Double Dragon Neon, NFL Blitz, Outland, Renegade Ops, and Scott Pilgrim. That’s about $200 worth of free games.

The only time I ever recall being offered for free on Xbox Live, was after an extended service outage, as an apology gesture. Unfortunately, I already owned the game that was given, so in the end, I received no compensation for the interruption in service.

Demos are great and all, but some times they’re not enough to truly give you a solid impression of the full game. Another bonus of being a PlayStation Plus subscriber, is access to 60 minute full game trials. As the title suggests, you can download the full game and play from the beginning, for a full hour. If you’d like to continue, you can pay-up and unlock the full game.

Perhaps the most exciting recent addition to the PSN, is Day 1 Digital. It, as you might expect, allows you to buy a digital version of the game on release day. Typically, if a game sees a digital release, it would be weeks or months after it’s initial release. At which point, it’s often discounted in stores, but remains at full price in the digital format. At least, this is the trend on Xbox Live Marketplace.

At first, I thought the idea of digital pre-orders was just plain silly. What, are they going to run out of bandwidth to distribute the games? Quick, pay now! While I’m still not in favour of pre-ordering, PlayStation Plus subscribers are given a 10% discount for the first week pre-orders are available. I can pre-order Assassin’s Creed III for $53.99 right now, as opposed to paying $59.99 when it’s released in November. That’s a win!

Now, this is all well and good, but one of my concerns still hasn’t been fully addressed. And that’s the cost of new games. Even with a 10% discount, $60 (including tax) is still a lot to pay for a single game. More often than not, I’m only interested in the single player campaign, as I rarely play online multiplayer. So if a game has a short campaign, I’m less likely to buy it new and more likely to wait for a price drop, or buy it used. But wait, Sony might be sorting this out, as well… 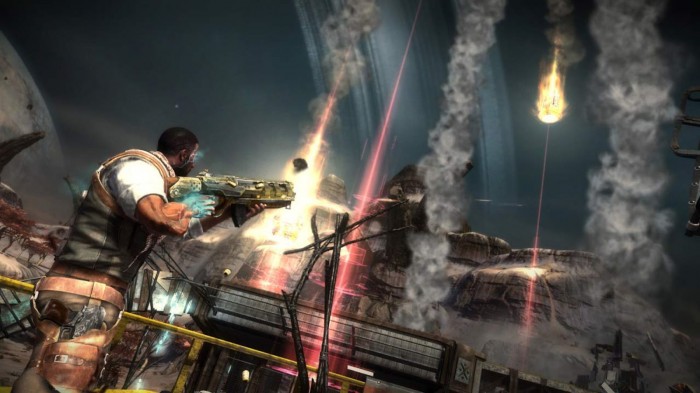 You may have noticed that I mentioned Starhawk (single player campaign) among the current free offerings for PlayStation Plus subscribers. Sony has done something that I find quite appealing with Starhawk. And that’s offering the single player and multiplayer portions separately. The campaign is currently free, and the multiplayer can be purchased for $19.99. To top it off, PlayStation Plus subscribers can download every bit of multiplayer DLC for free. So, you’re essentially getting a Game of the Year edition, for $19.99. In stores, Starhawk is priced at $39.99, and that doesn’t include any DLC.

Personally, I love the idea of splitting up single player and multiplayer, and selling them as separate components. It not only makes games more affordable, but ensures that the consumer is only paying for what they actually want. This would also give publishers and developers more insight into how people are playing their games. Granted, it could mean the end of single player campaigns for some titles with much stronger multiplayer, but I’m okay with that.

The reasons you mention above are why I’m strongly considering moving to Sony when the next gen consoles come out. That and all my buddies that live around here are PS guys.

If I didn’t own a console and had to choose between xbox 360 and PS3, I’d definitely go with PS3 at this point. It’s really just the controller and software installation/update process I don’t like. Sony has really stepped up their game.

So besides the inconvenience of living far from a big city center, how are you enjoying the new hometown?

It’s great! I actually really like the small town feel of it, and am not at all bothered by the fact that we have to drive 20-30 minutes to find big box stores. The weather has been fantastic as well. We’ve had 3 rainy days in the 6 weeks we’ve been here, which I know is highly unusual, but I’ll take it!

PS+ is a renting service that delivers. Living in a country where you still can’t rent PS3 games (Portugal), this is the way to go, it’s the prime solution and I’m enjoying my subscription pretty much. If I could, however, rent games in a physical store, I wouldn’t jump at it so promptly. Don’t go into it thinking you are actually getting free games (you don’t own them, they will go away once your subscription ends) and you’re all set.

The multiplayer-only edition will be available for $19.99, perfect for Warhawk vets that don’t want to plod their way through the story. On the other hand, PlayStation Plus members will be able to get the entire single player experience for free as part of their Instant Game Collection. Considering the single player is essentially a glorified tutorial for multiplayer, it’s a great way to tempt new players into buying the multiplayer game as well.