My gaming habits have dwindled over the past year, for many reasons. My personal life has undergone some major changes which as a result, has limited my time in front of the television. As such, I’ve only played through a small handful of games in 2016, and sat down to review only one. That is, until now. I’ve written about Destiny from the days of its alpha test, and with its latest expansion set to be its last before the inevitable sequel, I couldn’t pass up the opportunity to write about it one last time.

The Taken King was released in September 2015, and was a major overhaul of Destiny’s core mechanics. Rise of Iron is a much smaller scale release, but still one worth checking out for heavily invested players. But those that have grown tired of endlessly playing the same raids, strikes, and missions over and over, there isn’t much here that will hold your attention. Rise of Iron’s campaign is a measly 90-120 minutes, and recycles many of the same enemies, bosses, and environments that we’ve seen in the past. Similar to The Taken King, once the main campaign is complete in Rise of Iron, several new quests open up, including new weekly patrol quests that are required to unlock artifacts (one per week per character) and complete the progress book. If you simply enjoy playing Destiny and want new things to strive for, Rise of Iron provides that. But if you’re not a fan of Destiny due to its repetition, I’m afraid Rise of Iron only fuels those flames. 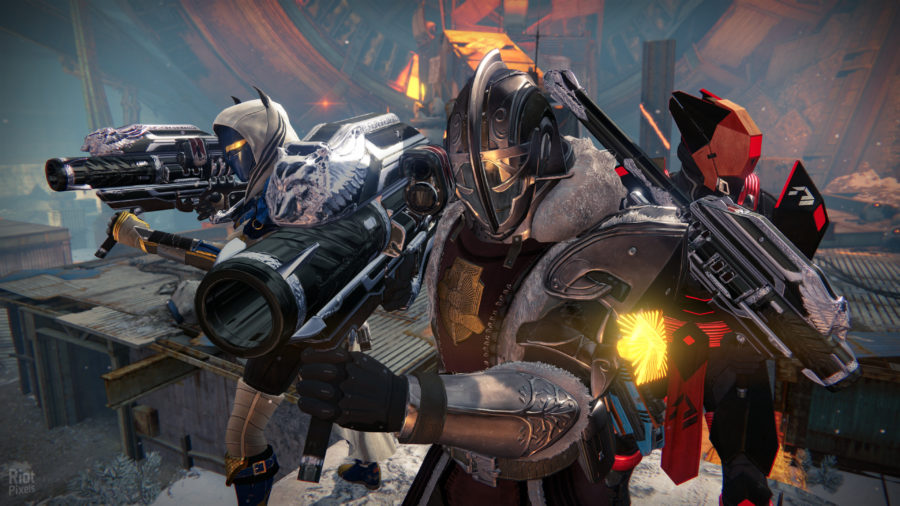 Given that Rise of Iron is Destiny’s last major DLC release before the sequel, it’s appropriate that there’s a bit of fan service for long-time players. Mostly in the form of exotic weapon questions. Players are tasked with reassembling some of Destiny’s most coveted weapons that haven’t been seen since year 1. Ghallarhorn and Thorn have both made a comeback, as well as the Khvostov assault rifle, which may not ring a bell initially. It’s the first weapon your guardian picks up in the original campaign, and upon acquiring it, a sentimental moment is shared with your Ghost.

Rise of Iron’s new strike The Wretched Eye, is easily the weakest and most tedious Destiny has to offer. First, it sends you on a wild goose chase to destroy a bunch of nodes scattered through-out an old facility. Then throws you into a circular arena with minimal cover, an invincible ogre who can one shot (smash) kill you, an unflinching boss, and lethal shanks that will make quick work of your fireteam if you don’t take them out immediately. I know I’m not the only one who doesn’t enjoy this strike, as whenever it’s loaded up in the strike playlist, members of my fireteam immediately return to orbit. Every, single, time. This is not an exaggeration. The Wretched Eye strike sucks, and everyone hates it. 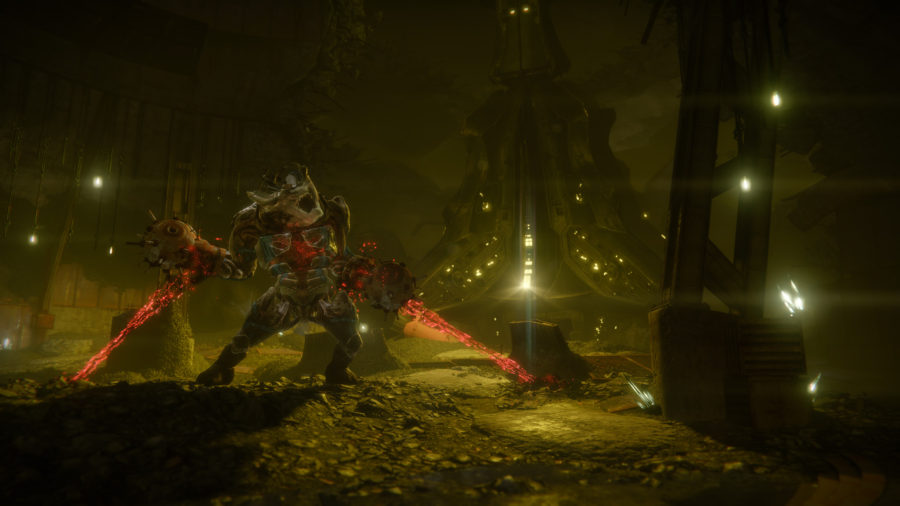 Thankfully, the new multiplayer mode is more fun than the new strike. Supremacy is a mode we’ve seen in other games before. When a player is killed, they drop a tag, and the kill isn’t counted until the tag is recovered. Each kill technically counts for 2 points — one for the kill itself, the other for recovering the tag. But no points are counted unless that tag is picked up. If you’re able to kill and collect, you earn 2 points. Otherwise, you’ll get 1 point for the kill, and the player who picked up the tag gets the other. This provides some insanely intense moments in the Crucible, while both teams scramble to collect fallen tags, but you have to seriously weigh out your chance of success before forging into a hot zone without backup. It’s a delicate game of being aggressive and knowing when to fall back.

My team lost this game, badly, but every single one of us were still awarded Iron Banner legendary gear.

Rise of Iron’s first Iron Banner event took place a couple weeks after its release, and proved to be more fun than ever. I always enjoy Iron Banner, but loot drops in the past have been abysmal, which hampered the experience. So far in Rise of Iron, I’ve found that loot is plentiful, and pretty much every time I sit down to play I’m progressing and increasing my guardian’s level.

With this being the third week after its release, I’m definitely feeling a bit worn down by the repetition. I have after all, been playing Destiny regularly for over 2 years now. If Battlefield 1 meets my expectations, I suspect I may end up retiring my guardian. But seeing how Bungie always seems to find a way to reel me back into Destiny, I doubt that will last.