I’m certainly not a new-comer to the Battlefield franchise. A quick search will give you an idea of how long I’ve been playing these games, and also let you know that I’ve had a bit of a love/hate relationship as well. More so with the lack of support and proper updates the PC games were receiving back in the day, but thankfully none of that is of concern any longer. Battlefield 3 is here, six long years after its predecessor. Although, we’ve seen several other Battlefield games in the mean time. From traditional releases, to download only console games, to free-to-play PC titles. The Battlefield has been constantly changing, although the core game play has remained in tact and has only strengthened over the years.

Battlefield 3 is very similar to the Bad Company titles, in that it contains a full-fledged single player campaign, but it is massively out-weighed by its multiplayer component. And for fans of the series, this is nothing to complain about. If anything, it just makes me wonder why they even bother with single player campaigns at all. I actually quite enjoyed Bad Company’s story, although it wasn’t good enough to warrant a second play through. Bad Company 2 was weaker in the single player department, and Battlefield 3 is weaker still. While there were some memorable moments, I felt that I was pushing myself to get through it so I could jump into multiplayer. I knew full well that if I started playing online, I wouldn’t get back to single player. 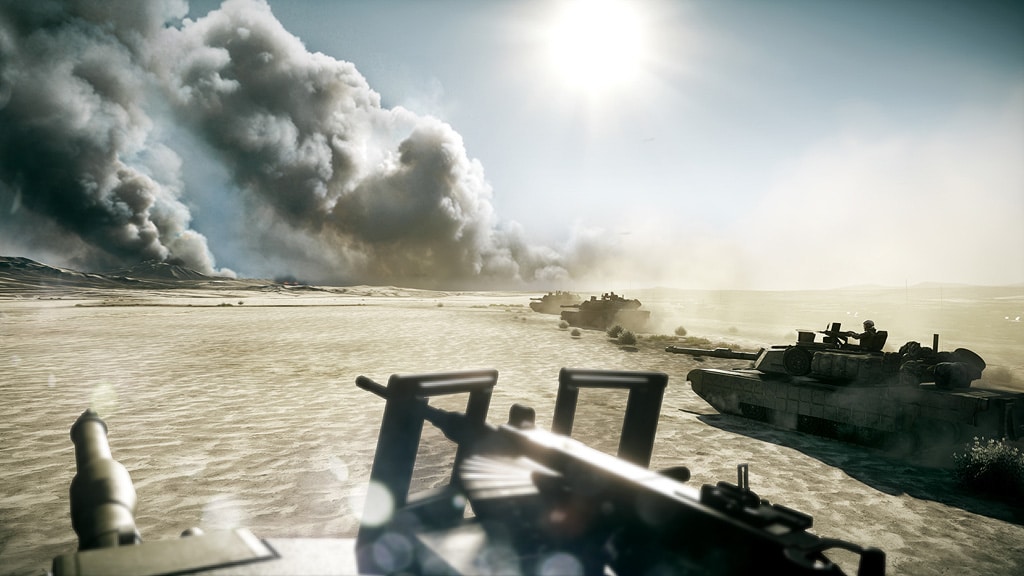 Straight up – the story plays out is very similar to the Call of Duty games. You are put in the shoes of several different operatives representing various factions that are all tied together by a common enemy who is working toward pulling off a catastrophic event that will kill thousands, or possibly even millions of innocent people. Yep, sounds familiar. The story itself is easier to follow than the COD games, full of some decent action sequences, but not nearly as exciting or enjoyable. I felt like for much of the story, I was along for the ride;  typically the last guy to breach a room, riding shotgun in land vehicles, co-pilot in jets, etc. There were many points where I found myself growing tired of waiting for scripted events to play out before being able to proceed. The early chapters are particularly bad for this. Looking back on the campaign now, there were only two chapters that really stood out. One where you’re rolling in a tank and blowing mad amounts of shit up. The other, very close to the end, made me feel like we were back in WWII; sprinting between crumbling rock walls in open farm land, shooting down enemies who are fleeing into the fields.

The amount of dust and water spots on screen at all times drove me crazy.

Visually and technically, Battlefield 3 is pretty remarkable! Everything is incredibly detailed, including character models. Lighting and particle effects (clouds, fog, haze, dust, debris, etc.) actually stood out, they were that good. I feel like this generation of gaming has peaked in terms of graphics capabilities, and most games look pretty fantastic. There aren’t many that really stand out these days, but Battlefield 3 definitely made an impression.

The audio however; sheesh! I was thoroughly looking forward to hearing the tried-and-true Battlefield theme ring out when I first put the game disc in. Only to be disappointed by this heavily degraded electronic noise. The theme is there, if you listen hard enough. Unfortunately, the entire soundtrack suffers the same tragedy. I tend to listen to a game’s soundtrack while I write about it, but here I am listening to the Modern Warfare 3 score (which is really damn good, I might add), and I haven’t even played that game yet.

Battlefield 3’s multiplayer is exactly what I was expecting, and it completely swayed my overall opinion of the game after just a few rounds. If you have spent any time playing the recent Bad Company games online, than you have a good idea of what you’re in for. It’s the same multiplayer Battlefield experience I’ve loved for so many years, but everything has been bumped up a notch or two in terms of refinement. Large scale battles where the tide is ever changing, packed with vehicles, and sheer chaos at every turn. There’s is nothing quite like Battlefield multiplayer, and it’s definitely my cup of tea over the typical run-and-gun variety that so many others seem to favour these days.

The main multiplayer modes are conquest, rush, and team deathmatch. The latter being completely obvious. Conquest is the original Battlefield formula introduced by Battlefield 1942, where teams compete to control points (flags) on the map. Bad Company brought us rush, and like conquest, has been adopted by many other games since. In Rush, one team defends while the other tries to advance. Once an area has been captured, the defending team falls back to a new location, and the attackers proceed forward. It’s extremely intense, and equally satisfying if you’re playing with a group of solid players. Both modes have provided me with hours of enjoyment, and I look forward to sinking many more hours into them with Battlefield 3.

Battlefield 3 comes equipped with a co-op mode, which I admittedly haven’t had a chance to play just yet, and I’m not sure if I will. From what I’ve read, it’s a more scripted experience along the lines of the single player story, with tougher team oriented objectives. Since I didn’t find much enjoyment with the single player end of the game, I don’t have much desire to dive into co-op.

Aside from the weak single player campaign and horrible music, I have a couple other major beefs with this game. EA are always looking for ways to cash in on DLC, and many of their tactics over the years have been shady, to saw the least. It started with charging for unlockable content, but has moved to requiring a unique code to unlock parts of the game. In this case, the multiplayer component in its entirety requires such a code. If you’re purchasing Battlefield 3 used or renting it, you won’t be able to play online unless you purchase the “online pass” for 800 points, which is equivalent to around $10. That’s just dirty.

Then there was the shoddy launch week. With it being 2011 and EA/DICE having so many Battlefield lanuches under their belts, you’d think they’d know how to prepare for a launch by now. Apparently, they’ve learned nothing over the years, and Battlefield 3, like Bad Company 2, Battlefield 1943, Bad Company, etc. before it was virtually unplayable online for the first week or so. This is unacceptable.

Overall, Battlefield 3 is an unbalanced package which leans heavily in favour of its multiplayer component. The fact that the single player campaign is on disc two says a lot. It is most definitely secondary content, and hardly worth the six hours it takes to complete. On the other hand, multiplayer is absolutely top notch, and I wish more people would put down Call of Duty long enough to give it a shot. It has so much more to offer. 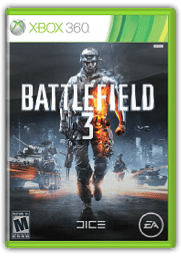 Meh. I tend to keep away from Battlefield games for the reason you’ve stated in your review; the devs lean heavily towards multiplayer and dish out something fairly lean with the single player. And I am all about the single player. With that said, I too wish more folk would give something else a try other than Call of Duty. Man, I can’t wait for the new Rainbow Six…

I too cannot wait for the new Rainbow Six.

I’m not much of a Rainbow Six fan. I played about half way through R6: Vegas and grew tired of it. But yeah, I wouldn’t recommend any of the Battlefield games to someone like you, who favours the single player experience so much more than multiplayer.

Did you play the Ghost Recon Advanced Warfighter games? GRAW2’s single player story was incredible! Still have fond memories of that one, and it was released over 3 years ago now.

There’s not much else to say than what you’ve already said in the review, except that I actually enjoyed co-op, which was something I wasn’t looking forward to after having played the single-player campaign. I’m not saying you’ll like it, but if you get the chance, just give it a shot; the little time it takes to complete might actually be worth it.

But, ultimately, none of the above matters… DICE delivers stellar gameplay where it matters in the long run, that being the multiplayer, and that’s worth every penny spent on the game.

I actually just rented BF3, as I wasn’t sure how it was going to sit with me. i’ll likely end up picking it up at some point for multiplayer and to run through the co-op missions. If they’re decent, I’ll give them a shot.